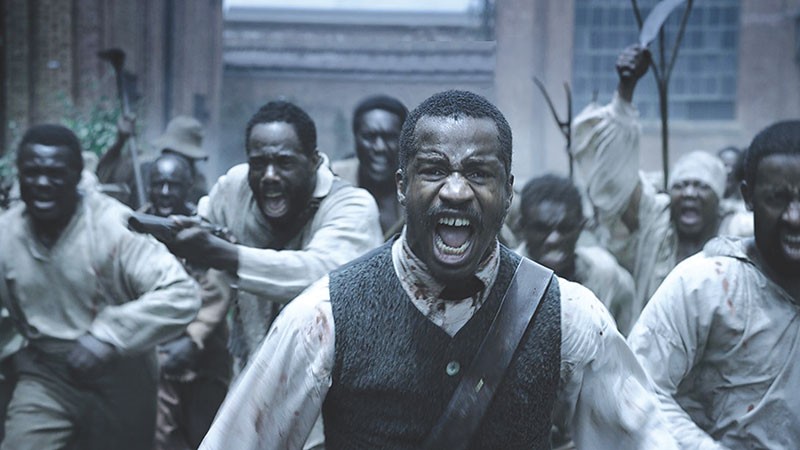 There are few actual Orson Welleses around, so filmmakers who are director-writer-actors are usually more talented in one aspect of their hyphenate than others. Birth of a Nation, by the much-hyped hyphenate Nate Parker (who produced, wrote, directed and stars in the film), is best in one aspect: he has an actorly presence that makes this film immediate and powerful.

The Birth of a Nation tells the story of Nat Turner's slave rebellion in the early 1830s, which terrified the South. When Turner and his band were broken up, about 60 white civilians were dead. Turner grows from a houseboy on the estate that gave him his name. When there's a reversal of fortune on the plantation, Nat (played by Parker in adulthood) is sent into the cotton fields. Parker's Turner seems to be discovering the world of slavery as we watch—learning all the pitfalls that befall even a well-meaning, gentle slave.

Turner learned how to read, and what the masters gave him to read was key to his revolt. These slaveholders, so enamored of the Bible, never considered how their slaves might have understood the more genocidal passages in the first Book of Samuel.

Turner may have been a revolutionary who grasped a martyr's crown, or a religious fanatic who saw signs in the heavens and heard the voice of God. The Birth of a Nation is so much of a Christian movie that it's being advertised as an enlightening spiritual entertainment. Parker may have oversimplified this rebel, the way they always oversimplify Jesus in a movie.

But for its weaknesses, The Birth of a Nation is an important corrective more than 150 years since slavery ended. Take, for example, Bill O'Reilly's opinion that the slaves who built the White House were well-fed. The point isn't that, at some points in history, certain American slaves ate well; the point is that if you own a man, you can feed him as much or as little as you like.

'Birth of a Nation' is playing in wide North Bay release.

Movies The Birth of a Nation Nate Parker Nat Turner