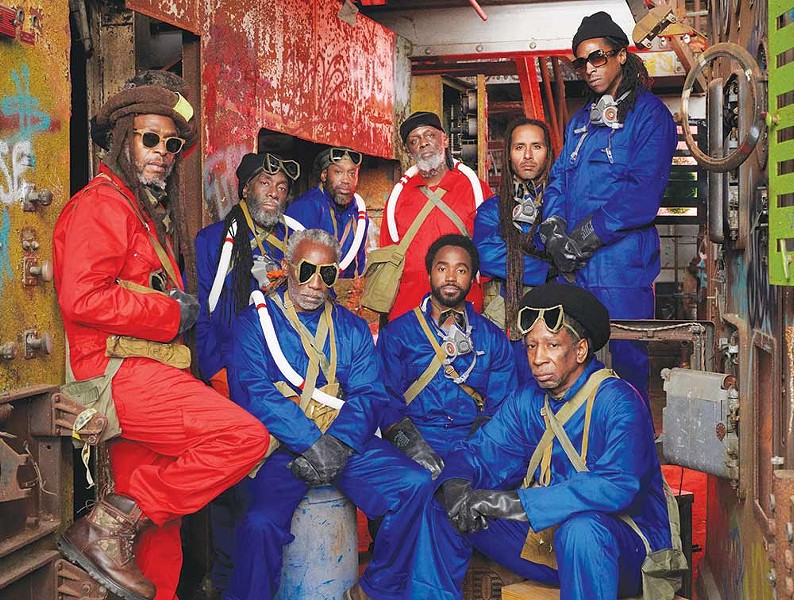 Even if Steel Pulse had called it quits after releasing their debut album Handsworth Revolution and its subsequent single "Ku Klux Klan," they still would have earned their place as the most politically charged reggae band to emerge from England.

As the sons of working-class West Indian immigrants, the young Birmingham musicians were naturally drawn to the nascent Rock Against Racism movement of the late 1970s. Soon they were sharing bills with the Clash, the Specials and other like-minded bands, while expanding their own Bob Marley-influenced sound to incorporate elements of jazz, Latin and punk music. Onstage, they crossed even more boundaries, stirring up controversy as they donned white hoods and robes to perform "Ku Klux Klan" in punk clubs and on BBC Television.

"We tend to be more direct in what we're saying," says Steel Pulse co-founder and lead vocalist David Hinds. "If you listen to Bob Marley's lyrics, he never really mentions specific individuals or collectives. Whereas I'll write about the Ku Klux Klan or the National Front. It's like the iron fist in the velvet glove—and then what softens that blow is the music."

As time went on, Steel Pulse created a different kind of controversy. By the mid-'80s, the band's resistance to record-industry pressures weakened. Meanwhile, the success of perfectly polished singles like "Steppin' Out" prompted accusations of selling out. It took more than a decade for Steel Pulse to return to its militant roots on albums like 1997's Rage and Fury and 2004's African Holocaust, after which they unceremoniously dropped out of sight for 15 years.

"I was going through some domestic issues at the time, and I just got up and left England and started hoboing—for want of a better phrase—around the world," Hind says.

Against all expectations, Steel Pulse have now returned with Mass Manipulation, a 17-track condemnation of police brutality, human trafficking and other social injustices. Hinds and co-founding keyboardist Selwyn Brown deliver a lyrically uncompromising and musically engaging album that stands alongside the band's best.

Steel Pulse performs at the Emerald Cup on Saturday, Dec. 14, at the Sonoma County Fairgrounds, 1350 Bennett Valley Rd., Santa Rosa. $90 and up. theemeraldcup.com/attend.