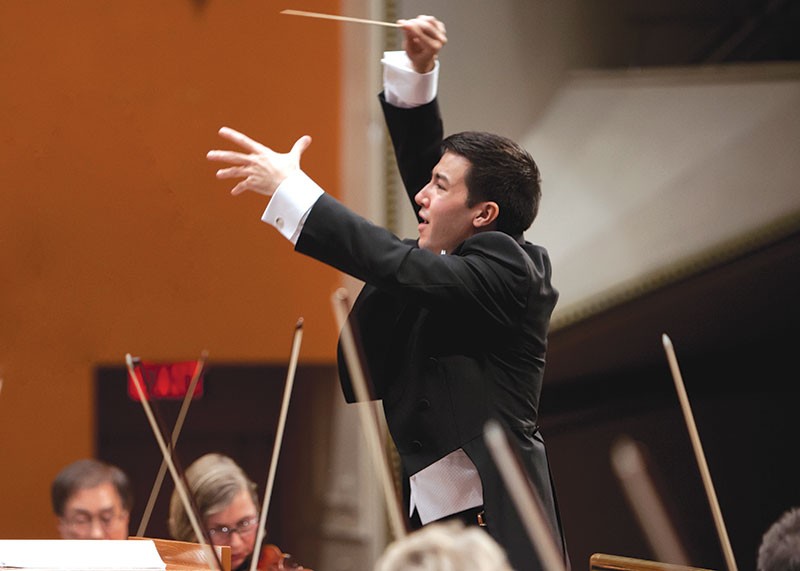 Ever since late 2015, when Santa Rosa Symphony conductor and music director Bruno Ferrandis announced his plan to step down from the podium after the 2017–18 season, the symphony has searched the globe to find his successor.

Last week, they selected 30-year-old Francesco Lecce-Chong, who begins his tenure with the orchestra next season.

Born in San Francisco, Lecce-Chong is a rising star in the classical world. He is currently also conductor of the Eugene Symphony in Eugene, Ore., and this summer he wraps up his stint as associate conductor of the Pittsburgh Symphony Orchestra.

Last October, Lecce-Chong came to Santa Rosa to meet the community and conduct the orchestra for three concerts as an audition. That audition ended with heartbreak when the last concert was canceled after the fires broke out in October. "I came to care so much about the community and the people here," says Lecce-Chong. The fire "was one of the most awful things I've ever experienced."

Now that he is returning to the region as the Santa Rosa Symphony's music director, Lecce-Chong says he is committed to helping the healing process after the fires. "That's what a symphony does so well, what music does so well," he says. "It gives us a chance to bring people together, and I'm grateful for that opportunity."

Lecce-Chong is also excited about expanding the community's access to music. "I'm passionate about making sure that people of all ages and all backgrounds have a chance to experience what we do," he says.

That sentiment is a major component of the symphony's mission, and Lecce-Chong praises its youth orchestra as well as its various school and after-school programs. "It's important that we not only invite kids to the concert hall, but that we go to them and offer our services," says Lecce-Chong. "I want to be with an orchestra that has those priorities."

Santa Rosa Symphony president and CEO Alan Silow calls Lecce-Chong the total package. "He's incredibly talented and exuberant on the podium, inspiring both the orchestra and the audience," Silow says. "And he has a genuine passion for what we do in music education. He's eager to support that and build on that mission."

Silow also notes that Bruno Ferrandis is marking his farewell with the symphony's last two shows of this season. "This will be a great last opportunity to be with Bruno."