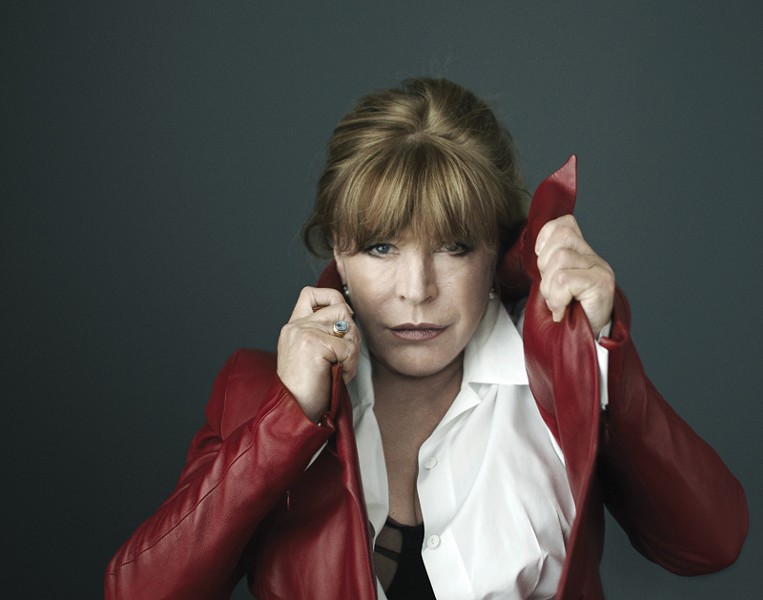 This week, music legend Marianne Faithfull flies out from Paris to take the stage under the trees of Black Oak Ranch at the Kate Wolf Memorial Festival, bringing her nearly 50 years as a recording artist to the tight-knit gathering in the woods.

Having experienced the ups of the swinging '60s and the downs of drug addiction and depression, Faithfull has lived a life much more rough-and-tumble than that of the soothing-voiced Wolf, who while living in Sonoma County influenced countless singer-songwriters. Yet Faithfull, in her first appearance at the festival—and only one of two shows in the Bay Area—brings a worldliness that fits right in with the annual celebration of Wolf's life, now in its 18th year.

After the soulful swing of her early '60s hit "As Tears Go By," Faithfull eventually descended into drug addiction; she kicked heroin to make her comeback album Strange Weather in 1986, the same year Wolf died of leukemia.

Faithfull's ventures into blues, jazz and cabaret may be musically different than Wolf's—remember Faithfull's cameo on Metallica's "Memory Remains"?—but her spirit provides the perfect setup for an evening in the forest.

The three-day festival itself is much like the experimental journey that Faithfull went through. Every year, fans make the annual pilgrimage north to the woods of Black Oak Ranch to relax, jam with friends old and new, dance and listen to great music. What started as a small event in Sebastopol has only gotten bigger after moving north. According to promoter Cloud Moss of Cumulus Productions, "There is a strong base of support in Sonoma County that followed it up there."

Headliners this year include Angélique Kidjo, Irma Thomas, Madeleine Peyroux and the Rebirth Brass Band, as well as returnees like John Prine, Iris DeMent, Greg Brown, Dave Alvin and many others. (Of special note is local band Poor Man's Whiskey, who released Like a River: A Tribute to Kate Wolf last year.)

On Friday, the front of the Music Bowl performing area is reserved for dancing; the festival also has a jam area and offers jam workshops. "This year we have a ukulele jam circle," Moss says, "and every day we have Jamming 101. We have late night jams and dancing."

Amid all those she touched, there are sure to be stories of a life well-lived.