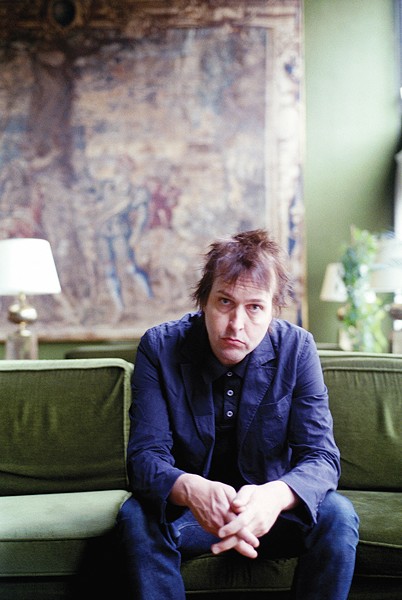 'I have a healthy appetite for music," says Chuck Prophet.

The singer-songwriter is talking about his latest album, Night Surfer, his 13th release. "If I can find something I'm excited about or tap into some new vein, I can wake up halfway excited about making music. That's the trick."

Prophet began his career in 1979, fronting the band Green on Red, and has been working solo since 1990. Often compared to rock contemporaries like Tom Petty and Big Star frontman Alex Chilton, Prophet's passion for music remains strong.

"Well, I'm a late bloomer, I suppose," Prophet says. "And you know, there were years where I probably wasn't as into it as I am now. And it probably showed."

Prophet references years when he battled drug and alcohol abuse, and his output was spotty. Sober for over 10 years now, his recent work sounds significantly leaner and meaner, with growing acclaim for his heart-on-a-sleeve writing and uninhibited performances.

Night Surfer was recorded in Nashville and Prophet's hometown of San Francisco. He calls the album loosely conceptual. "All the little stories on the record add up to one big story. What that is, I'm not sure. But I'll know it when it punches me in the face."

Prophet and the REM guitarist have been close since meeting at a show in Berkeley some 30 years ago. "I hadn't seen him for some years, but then I went to a Baseball Project show. Peter was playing bass with them, and he walked up to me and starting chatting. It was like we were continuing the same conversation all these years later," recalls Prophet. "I'll tell you what—the man is a hook machine. A hook machine. He really gave the record some extra jangle and hooks."

Night Surfer will be released on Sept. 23 on Yep Roc Records. Until then, the only way to hear the songs is to experience them live. Prophet & the Midnight Express have been on the road throughout the summer, and this fall sees the band touring Europe. Before departing, Prophet plays an afternoon outdoor set with a full barbecue. It's a great chance to get the first listen of a dynamic new record.