SMART needs another $600 million to fully realize its vision 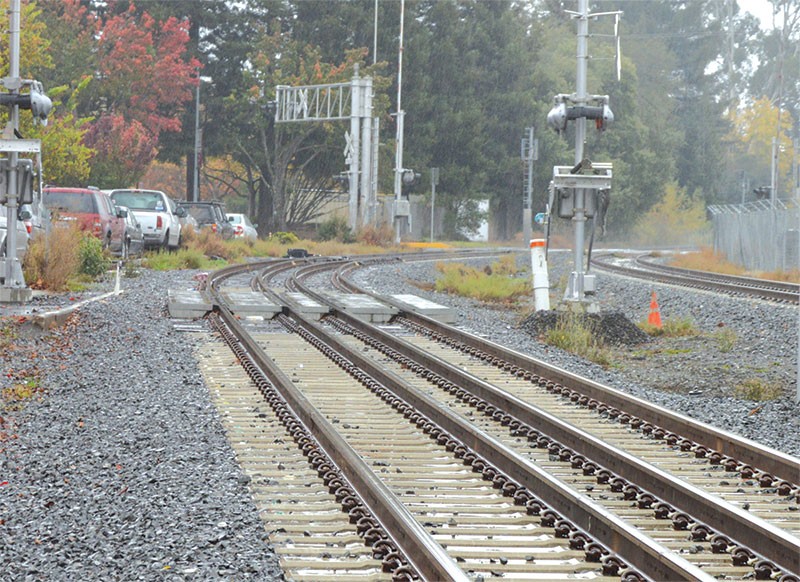 The tracks are laid, the cars are here—but the train stations?

As the highly anticipated Sonoma-Marin Area Rail Transit (SMART) service rolls down the line to a late 2016 opening, an October document released by SMART indicates it will eventually need an additional $120 million to fully develop nine stations along a 43-mile "Phase I" route from San Rafael to Airport Road in Santa Rosa.

The station funds are a piece of the $600 million SMART needs to raise to realize the vision of the rail as a sleek, green and efficient alternative to unrelenting congestion on Highway 101 for commuters in Marin and Sonoma counties.

The SMART project list includes another $124 million for a promised bike and pedestrian parkway along the tracks; $11 million for a presently unidentified second station in Petaluma; $42 million for a Larkspur track extension; and, eventually, $178 million for the Phase II SMART extension, about 25 miles of track north to Windsor, Healdsburg and Cloverdale.

The station build-out has reached a new phase. On Nov. 17, contractors poured the top layer of concrete for a station in San Rafael and were headed north once they finished.

"This really marks the beginning of the station-finish process," says Matt Stevens, community education and outreach manager at SMART.

The head of the rail district says the $120 million represents station enhancements that would take place over the next 25 years, as he stresses that the document in question is a planning document requested by the regional Metropolitan Transportation Commission.

"We are building the stations from downtown San Rafael to the airport," says SMART general manager Farhad Mansourian. He insists that the money to build the stations in time for late 2016 is available now. "Absolutely. By the time we finish our project, we'll have spent just under $500 million for the entire system of 43 to 45 miles."

The station designs were approved by the SMART board of directors earlier this year. According to a report from the May 6 board meeting, the approval came with a board request for a range of improvements that totaled $12 million across the system. Those are listed as "unfunded requested improvements" in SMART documents.

Marin and Sonoma County residents voted to support Measure Q in 2008, which imposed a quarter-cent sales tax for 20 years to fund SMART's construction, and which has sent over $200 million SMART's way, according to revenue estimates. SMART has pieced together multiple revenue sources to supplement Measure Q.

Based on information contained in the Oct. 21 planning document, the total price tag will approach $1 billion by the time the 70-mile system is complete. The additional $120 million for station enhancements would go to pay for more furniture, better access for the disabled under the Americans with Disabilities Act [ADA], and landscaping, along with maps and "bicycle parking/sharing, real-time transit signage, intermodal improvements, security enhancements and other capital improvements for programs such as car sharing," according to the document.

At least one Marin County official was more than surprised by the late October news of a $120 million sticker price for enhanced SMART stations. During an Oct. 22 board meeting of the Transportation Authority of Marin, executive director Dianne Steinhauser told the Marin County supervisors that her office, which helps set funding priorities for local transportation projects, was "just receiving information this week about a very large unfunded need around our station sites in Marin, pretty astounding numbers, actually."

Steinhauser suggested that the county wait and see if other "SMART partners" come forward before sending any money to the rail agency. She spoke of "$10 to $12 million in unfunded needs at each station in Marin. This is a little astounding, this is an immediate need—but I think we've got to get our arms around what this is before we make a recommendation."

Mansourian says that "there is a big confusion here," as he reiterated that the document in question is actually a planning document requested by the MTC and represents more of a "wish list" of improvements that would be addressed as the rail doubles in ridership, which he anticipates it will, by 2040. Mansourian insists that the trains and stations coming online next year would be ADA-compliant and said the $120 million would be for "more landscaping, more secure facilities and more ADA facilities," at the stations. He wouldn't address Steinhauser's comments about the "immediate needs" of the items.

The SMART plan calls for four Marin County stations. A fifth, the Larkspur extension, has a $20 million pledge from President Obama to pay for part of it, but that money is held up in a transportation bill presently stalled in Congress. SMART officials say stations may have multiple project sponsors as they are being contemplated or completed, and in Petaluma a sponsor has come forward to build a proposed second, eastside station just outside the city limits.

The first station in Petaluma will be on Lakeville Street, site of the Petaluma visitors center. The would-be partner for one of the second stations is the Cornerstone Group, a Petaluma-based commercial real estate company. (Coincidentally, Cornerstone owns and occupies office space in the building that houses the SMART headquarters at 5401 Old Redwood Hwy. in Petaluma.) The firm has been based in Petaluma since moving from San Mateo in 2013, and in just a few years it has made several headline-grabbing buys, including the 2014 purchase of the Press Democrat building on Mendocino Avenue in Santa Rosa.