Is the fog a source of drought relief? 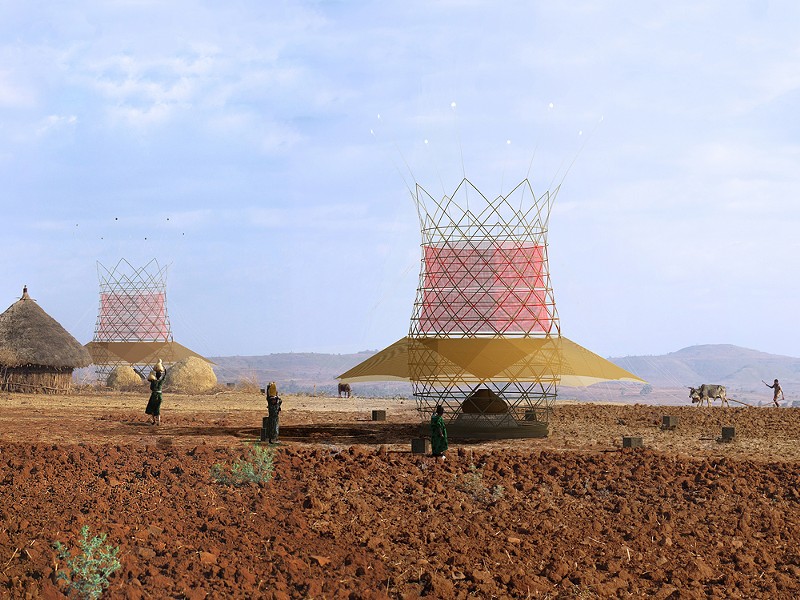 Enter fog catchers, a low-impact, low-tech system that requires no pumps or electricity, is easy to set up and has minimal equipment requirements. For as little as $75 (or as much as $200), you can have your own fog catcher.

Fog catchers have long been used in developing countries like Guatemala, Chile and Nepal, and are simple to construct. All that's needed are netting, poles, a gutter-like device and barrels for collecting water. If you have space in your yard or are a farmer with lots of acreage, you can set up a space-appropriate fog catcher.

According to FogQuest (fogquest.org), a Canadian nonprofit that has built water-collection systems around the world, a fog catcher screen of 40 square meters can catch 200 liters of water a day. The nets are made of a meshlike polyethylene or polypropylene, and resemble an oversized tennis net whose efficiency depends on the spacing of the holes and the coating. According to FogQuest, there are no commercial sources for these screens in North America.

But you don't need to buy special screening, says Brock Dolman, cofounder of the Occidental Arts & Ecology Center and co-director of the WATER Institute's permaculture design program there. Ordinary shade cloth, available at most nurseries, works fine. Whatever the type of screen material used, it must be cleaned and cared for to assure water purity.

Tim Page, co-founder of F.E.E.D. Sonoma, says fog catching "could make a lot of sense and might be a potentially viable solution" during this time of water scarcity. But he also observes that, as far as water goes, Sonoma County is in pretty good shape. Page says that foggy San Francisco, which depends on the Hetch Hetchy reservoir for its water, is a good candidate for fog catching.

Dolman agrees. When he lectures to groups, he pushes people in San Francisco to put fog-catching devices on their roof gardens.

There's even room for high-style fog catchers to catch on here. Leave it to the Italians to combine function and design in their fog catchers. Designer Arturo Vittori and Swiss architect Andreas Vogler have created graceful, sculptural fog catchers, some of them 30 feet tall, that allow Ethiopian villagers to harvest water from fog. Called WarkaWater after the Ethiopian fig tree, the catchers are made with locally sourced materials—bamboo, mainly.

Closer to home, coastal redwood trees have utilized fog-catching methods for as long as they've been around. Biologist Todd Dawson of UC Berkeley has studied the fog-collection systems of redwoods and found they have special leaves that absorb fog-water into the tree. Water not absorbed recharges the groundwater.

In 2014, Chris Fogliatti, a researcher interested in the molecular make-up of fog, set up a small-scale project in Tilden Regional Park in Berkeley. Three weeks later, he'd gathered two liters of water for every square inch of mesh in the fog catcher.

Others are taking up the call—only to hit a fog-bank of bureaucracy. West Marin's Richard Kirschman is an inventor, activist and developer, and says he is scouting a suitable location for his fog-catching project.

Kirschman has consulted with the superintendent at Point Reyes National Seashore, to no avail. The vast parkland would seem an ideal location to gather some fog droplets—lots of open space and lots of fog—but Kirschman hasn't been able to get past federal rules and regulations in place at Point Reyes that don't allow for these sorts of projects.

That's too bad, since fog catchers in foggy parts of the world have proven to be a reliable source of water. On the high, fog-shrouded Atacama Desert of Chile, fog catchers are deployed to irrigate barren land so natives can grow crops. The Chilean fog catchers harvest enough water to operate a brewery called Atrapaniebla—which translates into "Fog Catcher." Unfortunately, the amount of beer produced is limited to 6,000 gallons a year because of chronic water shortages in Chile.