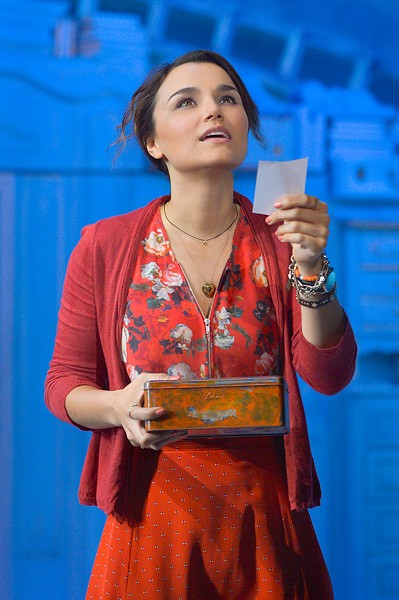 A story is an illusion, a series of events that are not really taking place, presented in a way that fool an audience into believing they're really happening. Telling that story in a book or movie is a certain kind of trick, with its own rules and traditions, and telling it on the stage is quite another. And transferring that story from one medium to another may be the hardest trick of all.

Two stories, one a classic book and the other a beloved modern masterpiece of cinema, have both landed on stage in the Bay Area, and each carries its own unique kind of cross-media magic.

The strong, versatile cast—led by a grounded and non-cartoonish John Rathjen as Long John Silver—slip gracefully in and out of dozens of characters. Animated projections combine with adaptable set pieces to turn the stage, in one section, into the deck of a ship, with waves rolling over the stern, and in another section, into an island jungle filled with waving foliage. The trick works well, and if some of the book's detail and character depth are swept overboard in the process of translation, the loss is more than made up for in the rollicking fun the able-bodied cast and crew bring to the stage.

Translating the 2001 French comedy Amélie to the stage is a different kind of trick altogether, and turning it into a musical, as Berkeley Rep does, only makes the challenge harder. But with a book by Craig Lucas (Prelude to a Kiss) and lovely, ethereal tunes by Daniel Messé and Nathan Tysen, this supremely satisfying adaptation—directed with immense creativity by Tony-winner Pam MacKinnon—is a sweet, sneaky surprise of a show.

As Amélie, the cafe worker who sets out to make the world a happier place, Samantha Barks is everything an Amélie should be—beautiful, sweet, a little wacky and thoroughly beguiling.