Woo your Valentine at these concerts 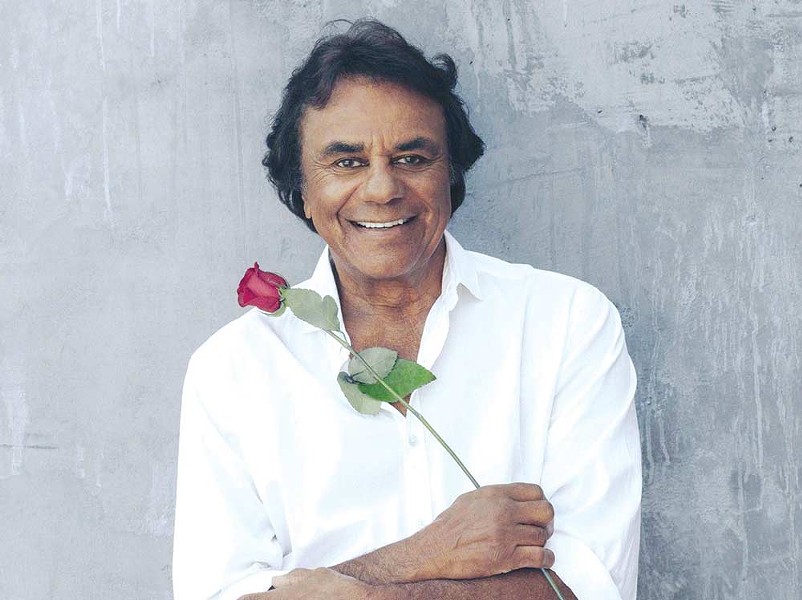 No one can sing a love song like Johnny Mathis.

The legendary vocalist—whose career spans more than 60 years, 70 albums, 200 singles and three separate inductions into the Grammy Awards Hall of Fame—is best known for his silky-smooth vibrato, which can be heard on his chart-topping recordings of romantic hits such as "Chances Are," "Misty," "It's Not For Me To Say" and others. He will perform live in a special Valentine's concert on Sunday, Feb. 16, at Marin Center in San Rafael.

"I had a wonderful voice teacher," Mathis says. "And she just said, 'You seem to be suited, the sound of your voice, to sing songs like 'My Funny Valentine.' I guess also it's a matter of my temperament that comes through with the songs that I sing. I think we all have elements of our personality that come out in different situations, and yes, without bragging, I'm kind of romantic."

Another Valentine's weekend concert in the North Bay is a headlining performance by gender-fluid indie-rock star Ezra Furman on Saturday, Feb. 15, at the Arlene Francis Center in Santa Rosa.

In the time since Furman's last appearance in the North Bay, the singer-songwriter has gained international notoriety after composing the soundtrack for the Netflix series "Sex Education," which premiered its second season last month.

He has also released an acclaimed album, Twelve Nudes, which marks his most punk-rock effort yet, with brash music that reacts directly to the tumultuous state of America and the world. Local art-rock outfit Hose Rips and queer folk-punk trio Gender Trash and San Francisco psychedelic rocker Kelley Stoltz open the show.

Also an accomplished artist, Benedetti has animated a music video for "Pain Au Chocolat" that the band will unveil at the show, and Portland-based folk artist Jeremy James Meyer will join the Bronze Medal Hopefuls to play off his new Matt Costa–produced EP, Bobbie's House.