It's hard to root for sad-sack 'Dean' 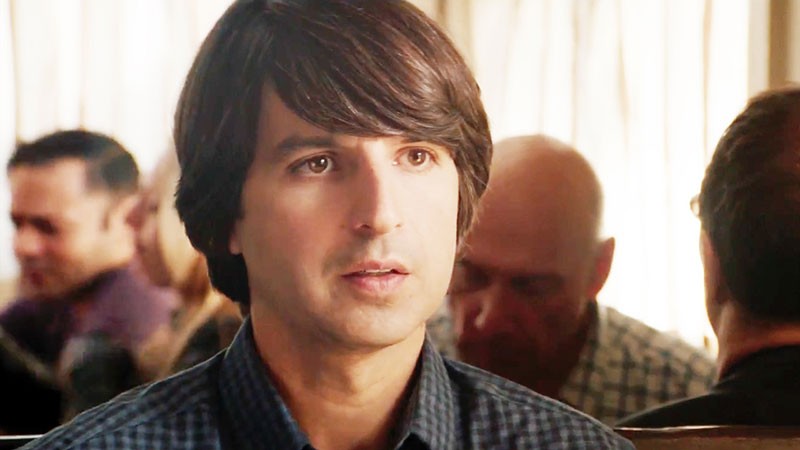 The New Jersey–bred comedian Demetri Martin directs and stars in Dean, he's a Brooklyn panel cartoonist who hasn't felt like doing very much ever since his mother died. The forlorn Dean says that "an uninvited guest" has found his way into his drawings: the figure of Death, with hood and scythe.

At a Hollywood party, Dean runs into the jesting, pretty Nicky (Gillian Jacobs), who seems to be on his wavelength. Meanwhile, Dean's father (Kevin Kline) is selling the family home, and starting to date his real estate agent (Mary Steenburgen).

At 40-plus, Martin is of indeterminate age, with a shaggy Beatles haircut masking the jowls that are starting to form—he has some truculence to go with his air of disappointment, and could actually play Nixon someday. But he's so soft in the face that these essentially twenty-something problems don't look too unseemly in a man his age.

Compassion has its limits, and the no-visible means of support in his Brooklyn life has been done with more acuteness elsewhere. Even with the autobiographical sourcing, Dean is a movie that appears based on the notes in someone's Moleskine.

I prefer Kline's scenes because his character is more about what this movie is supposed to be about—that is, the doldrums of grief. By contrast, Dean doesn't look like he did all that much in life even before he became sad. One actress stands out, Kate Berlant as Naomi, a too-chatty girl on a cross-country plane. She looks forceful enough to give this undernourished movie some kind of push. Dean is so full of moping, it's refreshing to see someone eager, even if it's just eagerness for a conversation about the greatness of Brooklyn.