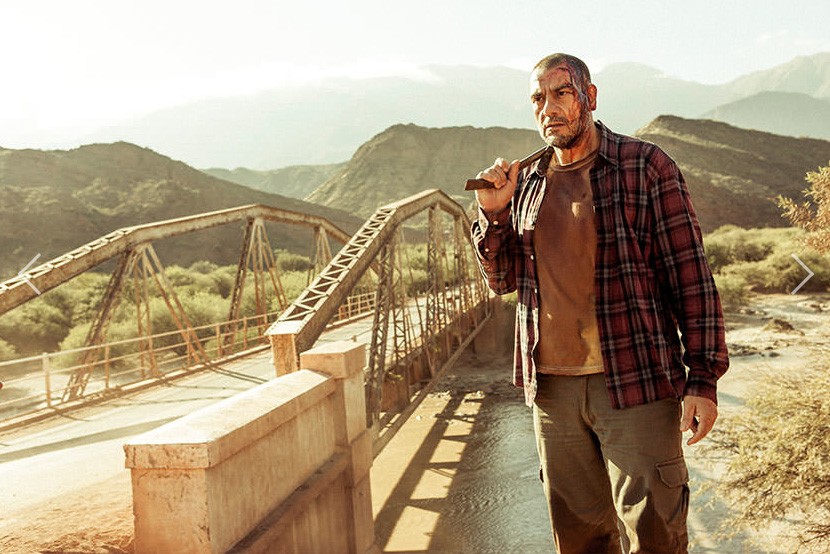 Wild Tales is a masterfully filmed cautionary tale in the form of a half-dozen stories of terrorism, revenge and extortion. The film presents a roster of crimes in a society gone rotten as old cheese.

This banquet of bad behavior, directed by Damián Szifron and co-produced by the Almodóvar brothers, shows artisanship in the complexity of the shots, with such fresh points of view as the inside of a luggage compartment on a jet and the keypad of an ATM. After a blackout, we come to in a dark tunnel, lined with flashing blue lights; it turns out to be the floor of a grain silo about to be blown up. Rather than banal film-school slickness, Szifron demonstrates that same assuredness that makes Hitchcock a pleasure to rewatch—he insists on surface beauty in these anecdotes of human nastiness.

While the half-dozen episodes are apparently unrelated, they have rhyming motifs about drivers, cakes and explosions. A weird plausibility underscores these events, as if they were all copied from a newsfeed. Strangely, for all the vile, carnal things that go on in Wild Tales, you feel Szifron trusts in his audience's gentleness, their belief in reconciliation after the hurt.

Yet Wild Tales gets us right in the carnivore part of our brain. Early on, a female airline traveler regards a magazine photo of a pack of cheetahs surrounding a nervous gazelle. In voiceover, the man two seats over asks, "Business or pleasure?" Does he mean the lady's travel plans, or is he asking a question about the motives of predators?

Despite his ardor for mortal sin, Szifron always picks out something elegant. A woman considers suicide on a tower's roof, and a boom of heat lightning on the far horizon amps up the madness. Two skulls left over from a mutual homicide, cheekbone to cheekbone, have lovely smiles of satisfaction.