After four decades, a return to Mt. Tam 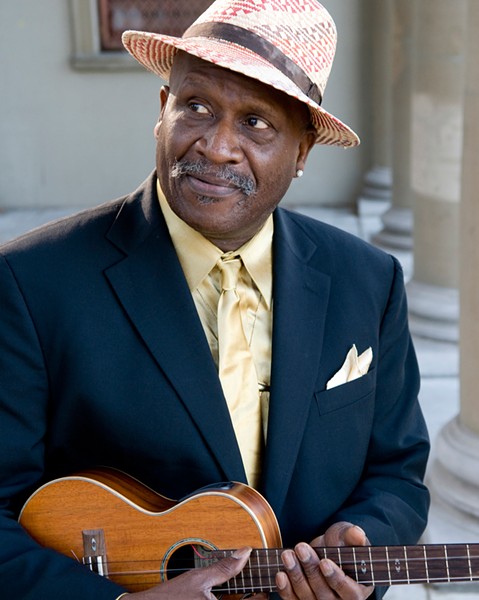 Steve Bajor was 17 when he stepped out into the hazy sea of stoned people crowded in the Mountain Theatre. Members of the Hell's Angels had already escorted Jefferson Airplane to the stage atop Mount Tamalpais in Mill Valley, and the band proceeded to play its signature psychedelic rock songs. "Bring your own drugs and bring your own picnic lunch" was the message given to the crowd.

A rock concert to begin all rock concerts, the 1967 Fantasy Fair and Magic Mountain Festival came one week before Monterey Pop and two full years before Woodstock. It was those two days in 1967 that also paved the way for this weekend's Mount Tam Jam, presented by the Tamalpais Conservation Club. The concert's lineup includes New Orleans funk outfit Galactic, blues legend Taj Mahal, wry Sacramento hit makers Cake, Marin-based Danny Click and the Hell Yeahs as well as Mike Farris and the Roseland Rhythm Revue.

Though no brawls ever erupted at the original '67 concert, take it from Bajor, now an event manager for Pacific Expositions, that it was indeed a "three-ring circus." That's what you get with around 30,000 people gathered in the Sidney B. Cushing Memorial Amphitheatre (aka the Mountain Theatre) for 33 bands, mostly of the hippie type. The lineup included the Doors, Jefferson Airplane, the Byrds, the Steve Miller Band, Tim Buckley, the Seeds and many more. (It's probably the only time Captain Beefheart and Dionne Warwick shared a bill.)

Tickets were a whopping $2, but the proceeds went toward a San Francisco charity. When the drugs of choice were pot and LSD, and the venue was much less restrictive than today's standards, the Fantasy Fair represented a different time when, as Bajor remembers, "everyone just wanted to play."

This year's Tam Jam is the first music festival on the mountain since the Fantasy Fair Festival. And with the Mountain Play celebrating its 100th year, and Mt. Tam its 85th as a state park, what better time to bring it back? Tickets, naturally, are pricier than they were decades ago, but the proceeds support another good cause: greatly needed revenue for the park. In fact, it's the park's hope that the revenue will help produce more jams in the future years.

It's a return that has plenty of the original attendees talking. Since he considers himself a "Mill Valley boy," will Bajor attend this year's concert?