Checking out the view from the 1st District supervisors' race 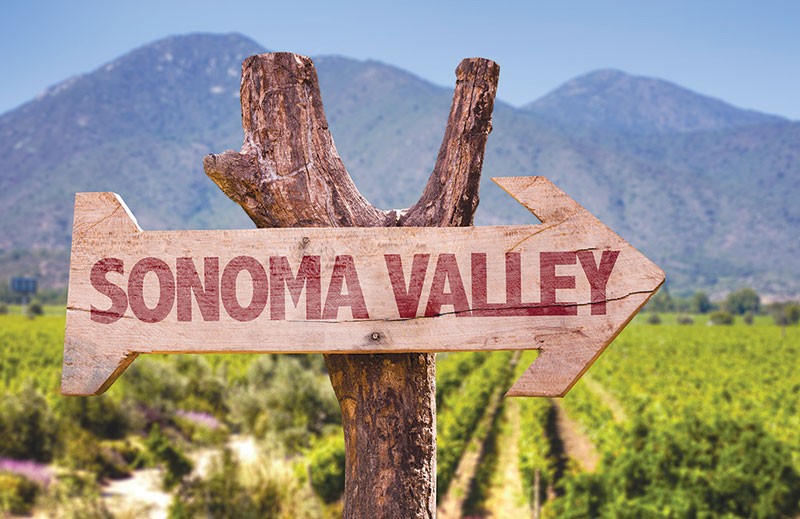 The campaign for Sonoma County supervisors' 1st District seat hasn't gotten the attention as the race for the 5th, which features a neck-and-neck match-up between Lynda Hopkins and Noreen Evans.

In the 1st District race, incumbent Susan Gorin, a former Santa Rosa mayor and councilmember former president of the five-person Sonoma County Board of Supervisors, is out in front with heavyweight endorsements and lots of campaign cash.

Gorin's main opponent in the 1st District, which comprises eastern Santa Rosa and Sonoma Valley, is Gina Cuclis, an elected member of the Sonoma County Board of Education and longtime valley resident who lives in Boyes Hot Springs.

Also in the race is Keith Rhinehart, a former manager at UPS who doesn't have a chance in the race.

The issues in this race are the same wherever you are in Sonoma County: affordable housing, land-use and development issues, GMO politics, what to do about all those high-tone wineries. Specific to the 1st is the upcoming closure of the Sonoma Development Center and what becomes of the long-term residents, and the land on which the SDC sits. Gorin has championed creative re-use of the property.

The campaign in the 1st has been low-key by the standards set by Evans and Hopkins, but it hasn't been without its moments, even as all indications are that the popular and connected incumbent Gorin is going to take the primary next Tuesday.

Gorin's website speaks of a candidate worthy of a Family Channel biopic. Click the tab that says "The Susan Gorin Story," and you'll be treated to a journey that begins in Massachusetts and ends on a California mountain, where Gorin had an epiphany: "Perched on a mountaintop fills me with awe and reverence and reminds me that what we do today determines what will come tomorrow; our decisions must preserve and protect our fragile planet, above all else."

Gorin is also sitting on a pile of campaign cash on that mountain. Her latest quarterly campaign finance reports filed with Sonoma County and the state show that the candidate had about $70,000 in the bank at the end of April; she raised about $40,000 across the quarter and spent about $50,000.

Her campaign has closed the spending gap with a series of relatively big-dollar May contributions. Over the past month, Gorin, former chair of the go-green local utility Sonoma Clean Power, accepted $1,000 from the utility giant PG&E on May 12.

As Santa Rosa moves to create commercial space for cannabis growers, the pot industry stepped in on May 19 as entrepreneur Jonathon Cachat, CEO of Conscious Cannabis Ventures, donated $2,500.

By contrast, Cuclis' campaign finance reports show that at the end of April, she had about $18,000 in campaign cash on-hand. With a looming primary, Cuclis appears to have closed the fundraising gap with Gorin via a $30,000 loan to herself from her public relations firm, Cuclis PR, which was reported on May 26.

She also received contributions this year from Richard Arrowood of Amapola Creek Winery ($1,000), numerous small-dollar donations from retirees and people in the real estate industry, and from Salvador Cruz, owner and proprietor of Fru-Ta Artisan Ice Cream in Santa Rosa. The historian for the city of Sonoma, George McKale, is also a supporter of the long-term valley resident. Northcoast Citizens for a Better Economy, a construction-industry PAC, has sent nearly $5,000 Cuclis' way in three April contributions, according to campaign records.

Gorin, a strident advocate for affordable housing and regulations on short-term vacation rentals in the county, also accepted a $2,000 donation from the California Real Estate PAC and North Bay Association of Realtors in May.

In her role as supervisor, Gorin recently pushed for a controversial add-on to the county's new short-term rental regulations that immediately halted new permit applications for short-term vacation rental units in her district.

After the late-May vote on short-term rentals, Gorin told the Sonoma Index-Tribune that she pushed for the abrupt halt to applicants because of how the short-term-rental phenomenon is altering the real estate market—which is the same argument that the real estate industry has been making. A recent story in the online Realtor magazine noted that "a single-family home or condo unit next door to a short-term rental—where the occupants change every few days—will take longer to sell and bring in lower offers."

Cuclis has been equally strident in the valley on the negative impacts of the short-term vacation-rental economy on neighborhoods and housing values.

Gorin's contributions also include a hodgepodge of local flavor that hints at the district split between eastern Santa Rosa and comparatively bucolic Sonoma Valley. Lots of retirees have thrown small-dollar donations her way, as has the director of the Sonoma Land Trust. Also chipping in: a Rohnert Park City Councilman, a local pawn shop owner and Jean Schulz, widow of the late Peanuts magnate Charles Schulz.

Schulz is also on the board of advisors of Sonoma Media Investments, the local media conglomerate whose formation in 2011 was spearheaded by political consultant, real estate investor and regional power broker Darius Anderson.

Campaign records show Gorin received an in-kind (non-cash) contribution from Darius Anderson's wife, Susan Anderson, worth $2,180. The contributions was for a February fundraising event held at Chateau Sonoma winery. Anderson provided food and the venue for the fundraiser.

Darius Anderson is also chairman of the board of advisors and the managing member of Sonoma Media Investments, which owns the Press Democrat and a handful of other regional papers and magazines.

The Press Democrat has been friendly to Gorin and endorsed her on May 24. The paper said Gorin had made great strides in learning about Sonoma Valley in her three-plus years on the board, rebutting a central theme of Cuclis' campaign knock against the incumbent: that she's out of touch with the needs of Sonoma Valley.

Media reports have noted that there's not much distance between the candidates on the issues—except that Cuclis says she's better qualified to represent the valley, since she's lived there for decades. The Press Democrat has also reported that neither candidate took a definitive stand on a hot-button countywide ban on GMOs.

Rhinehart is an even bigger long shot to beat Gorin than Cuclis, who didn't make it out of the primary field in 2012 when she ran against Gorin. Rhinehart attended a March candidates' debate and said he supports a moratorium on new vineyards, opposes regulations on short-term rentals and doesn't support the GMO ban, according to press reports. In an email, he says his campaign ethic lines up with the small-dollar contributions that have dominated Bernie Sanders' campaign for president.

And he says that he's pleased the Press Democrat hasn't taken notice. "I take that as a positive sign, because they do not want anyone like me to win office, since I would not be beholden to their 'political machine' or even that of the opposition, as they perceive it."

Corrections: Susan Gorin is not the current president of the Sonoma Board of Supervisors. She was the president in 2015. Also, Gorin did not pay expenses for a fund-raiser at Chateau Sonoma; she received an in-kind contribution from its owner, Susan Anderson, to cover food and venue expenses. The article has been updated to correct these errors, which we regret.