Movies on the Move 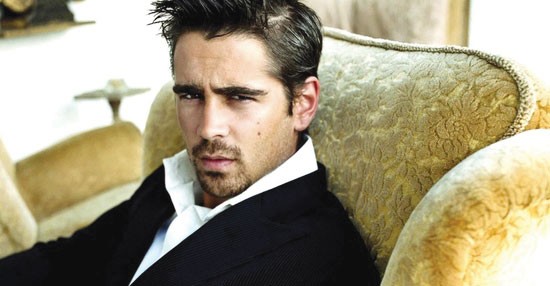 Year three of the Napa Valley Film Festival (NVFF) throws off elitist hints of Tinseltown in favor of come-one, come-all camaraderie, according to festival cofounder and producer Brenda Lhormer. "This year, we wanted to make the festival more open, in every way, to anybody," she says. "We've expanded programming so it would be more accessible to all ages, interests and economic levels."

In years past, the only way to bump elbows with A-listers entailed lobbying for rush tickets or ponying up for a festival pass. But this year, the general public get gratis entry to certain parts of the fest, including access to the new LifeStyle Pavilion, dubbed the hub for all things wine, food and film. Also open to the public and pass holders (who get first-entry rights, access to parties and red carpet walks, plus free-flowing wine, food and more) are culinary demos, "Festival Front Porches" and free film-industry panels (including "Actors in Conversation" on Sunday, Nov. 17, with celebs Ralph Macchio and Glee's Dianna Agron expected).

At the Napa River Inn, more edgy and adventurous fare is screened. The Crash Reel, following snowboarder Kevin Pearce (and the Shaun White rivalry) in the wake of his brain injury, is a sure bet. Other films includes The Bounceback, with its raunchy romp into the world of Austin's honky-tonks and "air sex" competitions.

Anita Hill is on deck for Q&As following screenings of the documentary Anita, chronicling the 1991 senate hearings of her sexual harassment claim against Supreme Court nominee Clarence Thomas. And music fans that missed Dave Grohl's directorial debut, Sound City, can catch the Foo Fighter for an encore screening and Q&A at the Uptown on Nov. 17.

Mainstream film junkies can hit the Nov. 13 opening-night screening of August: Osage County (starring Julia Roberts and Meryl Streep) and Thursday night's Saving Mr. Banks, replete with a red-carpet strut for Colin Farrell, who stars opposite Tom Hanks and Emma Thompson. Farrell is also slated to settle in for an in-depth talk with Access Hollywood's Billy Bush at the Lincoln Theater's Celebrity Tribute on Nov. 15. Recently added screenings include Jason Reitman's Labor Day with Kate Winslet and Out of the Furnace with Christian Bale.

If all that isn't enough, the festival's "Movies on the Move" feature should get attention with its impromptu outdoor screenings. Scout the next showing via Twitter, or simply look for the Cadillac Escalade around town, toting a screen.

With the NVFF in town, it looks like November is no longer "seasonal slump" time in wine country.