Cole Porter's wit and wife get mixed up in Cinnabar show 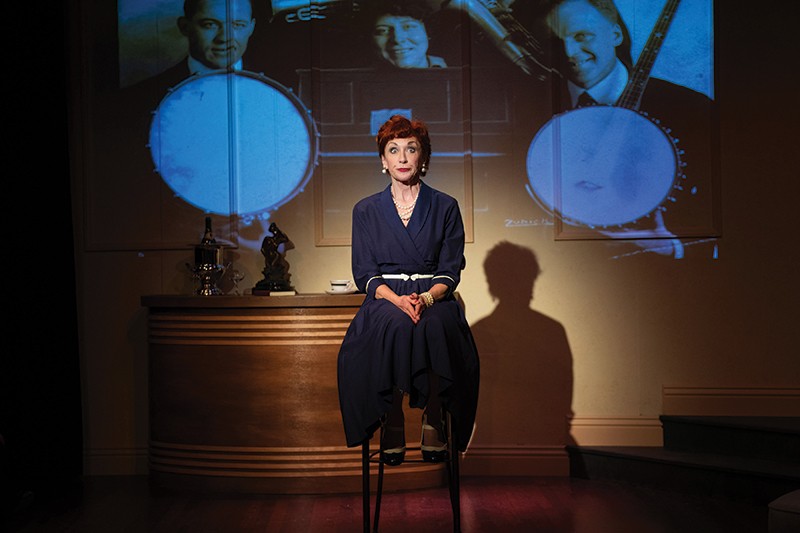 For years, Petaluma's Cinnabar Theater has closed out the year with a musical cabaret show. Past years' productions have celebrated the work of musical artists from Edith Piaf to Mahalia Jackson to Frank Sinatra. This year, the work of classic American tunesmith Cole Porter takes center stage via Love, Linda, a look at Porter through the eyes of his wife, Linda Lee.

Veteran cabaret performer Maureen McVerry plays Mrs. Cole Porter and, yes, there was a Mrs. Cole Porter. More than a marriage of convenience, the Porters had a genuine affection for each other, despite Porter leading an active homosexual life. Notwithstanding the challenges that presented to the relationship, they remained married until Lee's death in 1954.

The show is set in the Porter's elegant Paris apartment where Linda reminisces about her life before Porter, how they met, their life together in Paris, their adventures in Hollywood and their settling in an apartment at the Waldorf Astoria hotel in New York. Interspersed between the memories are, of course, the songs. Tales of their time in Paris are matched with "I Love Paris," their time in Hollywood with "Night and Day" (also the title of the highly fictionalized film biography where the diminutive Porter was portrayed by the 6-foot-4 Cary Grant), and her complex relationship with Porter through "My Heart Belongs to Daddy" and "Wunderbar."

McVerry's vocals are accompanied by a terrific onstage three-piece combo of piano (Chris Alexander for the opening performance, musical director Cesar Cancino for the rest of the run), bass (Steven Hoffman) and drums (John Shebalin). McVerry does not possess a particularly rich voice, which led the musical accompaniment to regularly overwhelm her vocals. We hear Porter's beautiful compositions, but his often amusing, often passionate lyrics are frequently lost. Cinnabar should really consider miking their musicals.

Director Clark Sterling keeps things moving at a brisk pace and brings the show in at 85 minutes, including an intermission. Scenic designer Wayne Hovey brings an expansive apartment feel to the Cinnabar space, though I wish the projections used throughout the show had been worked more into the set rather than displayed over it.

Love, Linda is an affectionate look back at one of America's greatest musical talents. My affection for it might be amplified if the vocals were.