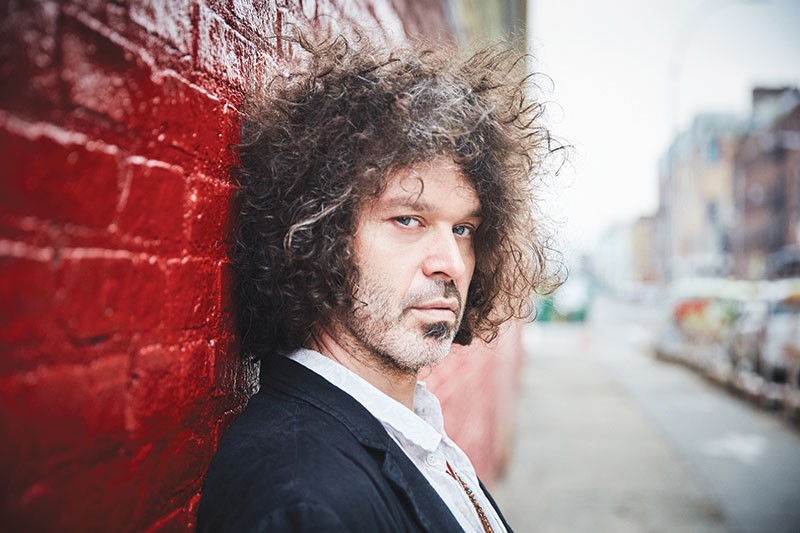 Before performing and studying music across the globe, guitarist and songwriter Doyle Bramhall II was a kid with a blue mohawk hanging out with the punks and playing a mean blues guitar in Santa Rosa.

The son of Texas music star Doyle Bramhall, who drummed with Stevie Ray Vaughan, Bramhall split his time growing up with dad in Austin and mom in Sonoma County, where KRSH DJ Bill Bowker gave him his first airplay.

"It was a culture shock," he says of Santa Rosa. Used to the barbecue and blues nightclubs of his native Texas, Bramhall adjusted to a culture of classical music that his stepfather worked in. "We were going to Renaissance fairs and eating health food," he remembers. "It was a quite a contrast."

Now living in Los Angeles, Bramhall returns to the North Bay when he plays the HopMonk Tavern in Sebastopol on Dec. 8 in support of his recently released album,

Bramhall performs a distinctive brand of blues highlighted by playing a right-handed guitar upside down and left-handed, à la Hendrix. His sound has garnered him wide acclaim, and he's collaborated with Roger Waters, Elton John, the Tedeschi Trucks Band and Eric Clapton. His world of knowledge informs the new record, with elements of Arabic and North African melodies infused into a funky blues-driven collection of tunes.

There's also a classical influence in his compositions. "At the time, I didn't know that I liked it," Bramhall says. "But all of that classical music that seeped into me growing up started to show itself in my songwriting approach."

Without trying to emulate any one genre specifically, Bramhall explains that those accents bubble up naturally in his writing process. "I think because I traveled so much, and appreciate it and love it so much, it's all a part of me now, rather than me trying to wear a hat," he says.

Lyrically, Rich Man marks a new perspective for Bramhall, who says the songs were written in response to an emotionally painful divorce and custody battle. Through the suffering and mental clutter, Bramhall says that he shifted from focusing on personal goals to striving toward more universal ideals.

"For many years, I thought of just me, and as soon as I stopped doing that, a lot of mystical things started happening. And by the way," Bramhall says with a laugh, "this is my Santa Rosa side coming out."