Is your online personal ad for sale? 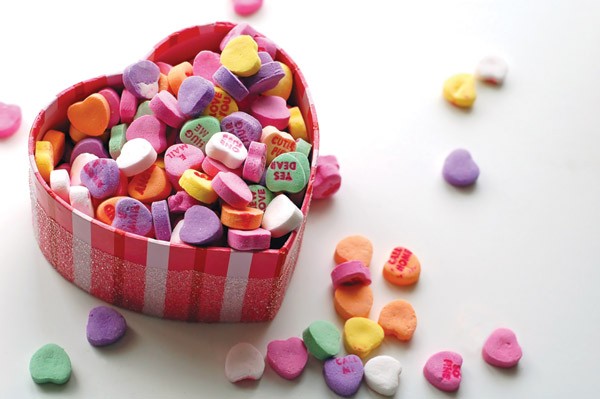 Angela is a 34-year-old single woman from Alabama. She's a Leo. According to her online dating profile, she is 5-foot-8 with blue eyes and dark brown hair. "I am a creative, witty, intelligent girl looking for someone to shower with all my love and affection!" she declares, appending a smiley face.

Angela was included in a 1,000-pack of allegedly single, supposedly American women, which a reporter purchased for $35. Her profile is one of a purported 14.9 million for sale on SaleDatingProfiles.com, where the inventory also includes 10,000 U.K. profiles for $200, 15,000 Russians for $240 and 70,000 Australians for $95. A pack of 2,500 lesbian profiles goes for $120, or 4.8 cents apiece; gay men are .003 cents each and are sold in a pack of 410,000. "High quality Gays adult dating profiles for sale with multiplay photos located in USA, United Kingdom, Canada and other countries," the offer states. At the time of writing, SaleDatingProfiles was having a 75 percent–off spring sale.

Angela, who asked that her last name be withheld, has been dating online for years. But she never imagined her profile was for sale on the open market or that it now appears on MeetGirlsGuys.com, which she never signed up for. "I have never even heard of that site," she says, adding that she lives in Texas not Alabama, and the photo is at least seven years old.

Online dating is a fast-growing industry, with current revenues estimated to run between $1.5 billion and $3 billion a year. But every new dating site faces the same problem: finding souls to mate. Recruiting new customers is expensive; industry experts put the customer acquisition price at $1 to $5 per person.

SaleDatingProfiles.com and its competitors BuyProfiles.com and DatingProfilesSale.com offer a shortcut. They sell bulk packages of profiles that seem to include a fair number of actual singles alongside somewhat more questionable Russian beauties, Nigerian bankers and half-empty profiles, which sometimes sell for less than a dime a dozen.

A reporter emailed 208 men and women whose profiles are being sold on SaleDatingProfiles. Most didn't reply; 35 emails bounced. Only five people responded, none of whom knew their profiles were for sale. Harry Lin, a 61-year-old in Switzerland, noticed that a profile he started at Jumpdates.com had somehow made its way to Mega Dating and the now-defunct Sensual-Attraction.com. "They have my email, user name, birthday and former Jumpdates password," he wrote in an email.

Buying and selling profiles is just one of many unsavory tactics in the online dating industry. One site owner referred to these practices as "black hat dating."

"There is a lot of tricky stuff that people do out there that most people don't know about," says David Evans, who started the profile editing service Profile Doctor in 2002 and now writes the blog Online Dating Insider and consults for dating startups.

The industry has been dominated by a few giants for about a decade, such as eHarmony and Match.com, which each claim 20 million members. But recently, niche sites like JDate, ChristianMingle, AsianBeauties, Must Love Pets and FarmersOnly have become trendy.

Each new dating site needs faces for its catalogue, and much of the dubious behavior is driven by the need for more profiles. "I talk to dating startups a couple times a week," Evans says. "Everyone wants to talk about the cold database problem."

A close cousin to the profile seller is the "white label" dating service. Want to start a new dating site? White label databases are often used to pre-populate niche sites. With services like Dating Factory, WhiteLabelDating or World Dating Partners, you can tap into a large database, slap your logo on top, and advertise that you have hundreds of thousands of members. As new people sign up for your site, their profiles get copied into the main database to be reused by other sites. Companies that own many dating sites also share profiles across their networks. Profiles from HornyMatches.com, for example, might be shown to people on LonelyWivesAffairs.com, both of which are owned by PimpMansion.com.

Sometimes the white-label-powered sites ask new customers where they want their profiles to appear, but usually it's a clause buried deep in the terms of service that allows "affiliate sites" to share profiles. Did you sign up for HotEquestrianDates? Your profile might show up on BikerRomance—which could make for an awkward first date.

This article originally appeared in the New York Observer.