My Yolk Is Heavy 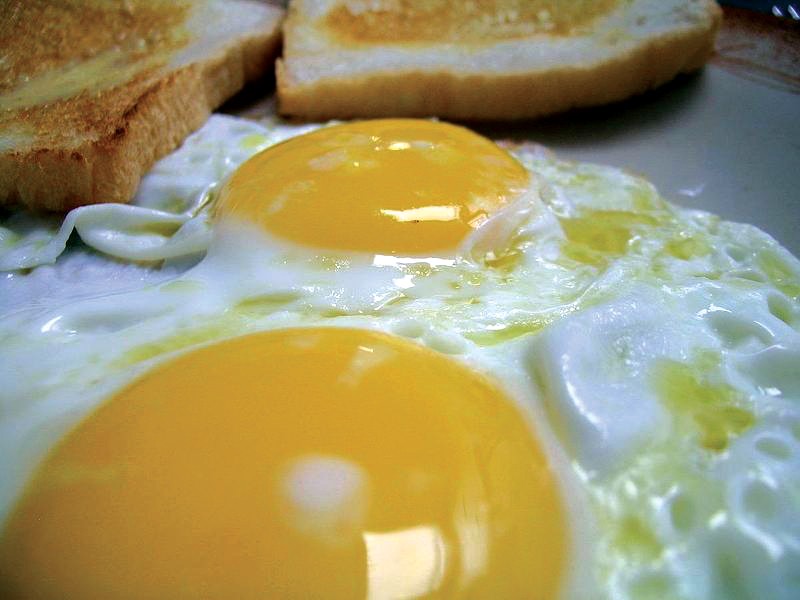 The institution of breakfast is rarely challenged. It ranks somewhere between sleep and oxygen in reputed health benefits, and supposedly supplies irreplaceable energy to get you going—it primes your metabolic system, keeps your muscles healthy, feeds your brain and generally prepares you for the day.

But what if it's all an old wives' tale? Recent studies suggest that at the very least, the benefits of breakfast are not so simple.

On Jan. 18, Nutrition Journal ran a study suggesting that people will eat the same size meals at lunch and dinner regardless of how much they eat for breakfast. This challenges the conventional wisdom that if you skip breakfast, you'll gorge later to make up for it.

Another recent study looked at the differences between exercising on a full or empty stomach. In late January, the British Journal of Nutrition published a paper that suggests exercise before breakfast burns 20 percent more body fat than the same workout after breakfast. The study also determined that people who exercise before breakfast do not consume additional calories or experience increased appetite during the day.

Doctoral student Javier Gonzalez, part of the team, told Science Daily, "In order to lose body fat, we need to use more fat than we consume. Exercise increases the total amount of energy we expend, and a greater proportion of this energy comes from existing fat if the exercise is performed after an overnight fast."

Bodybuilder and blogger Martin Berkhan forced himself to eat breakfast for years, buying into the conventional wisdom that one must eat five to eight times a day to preserve muscle mass. Nowadays, Berkhan doesn't break fast until mid-afternoon, following his daily weightlifting routine. Berkhan credits skipping breakfast for helping him not only reach his fat loss goals, but his muscle-building goals too.

In a recent post called "Why Does Breakfast Make Me Hungry?" Berkhan wonders why different people react so differently to breakfast.

"For me and many others out there, skipping breakfast keeps hunger away far better than eating in the morning—paradoxically enough. . . . Why is it that some people are better off not eating anything at all in the morning? How can you be better off with zero calories than hundreds of calories under these specific conditions?"

His heavily cited hypothesis is based on a phenomena called the "cortisol awakening response," in which levels of the hormone cortisol are elevated in the morning, to help you wake up. Cortisol increases blood sugar. How your body deals with that increased blood sugar, according to Berkhan, determines how well you do on breakfast.

I've tried skipping breakfast, and I might never go back. When exercising, I'm much better running on empty. My gastrointestinal system is not the well-oiled machine it once was, and when my belly is full of food, it can get in the way of physical activity and movement.

Eating habits change over a lifetime. There's a big difference between when you're young, growing and basically hungry all the time, and when you hit the fattening 40s, like I recently have. It would be easy to keep eating like I used to, out of habit and momentum, but if I listen to my gut, I'm less hungry than I used to be, especially in the morning.

It took me a while to break through the idea that by skipping breakfast I might as well be playing Russian roulette for a living. But I feel great, and the paunch has waned.

Wading through all of the emerging data can be confusing, but your gut is the final arbiter. Listen to it.