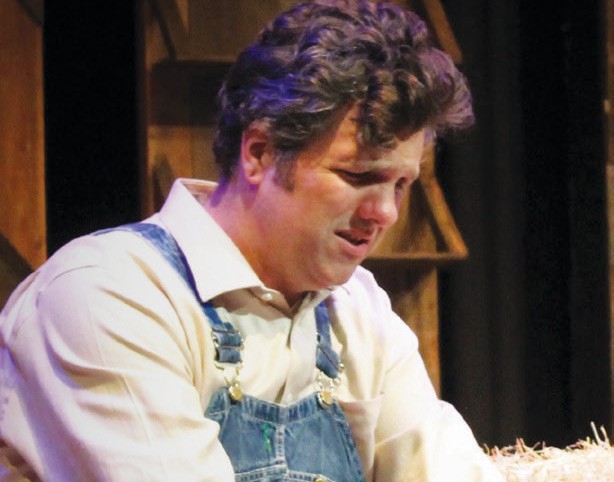 The theatrical treatments of two great American novels come alive on North Bay stages with mixed results in productions running through May 19.

6th Street Playhouse is presenting Christopher Sergel's adaptation (not Aaron Sorkin's) of Harper Lee's To Kill a Mockingbird. Sergel had an agreement with Lee to produce a theatrical version of her novel suitable for school or community theatre productions and, though revised several times by Sergel, those roots show.

Lee's tale was adapted by Horton Foote for the 1962 film starring Gregory Peck as Atticus Finch, and this Marty Pistone–directed production does battle with memories of the film.

Jeff Coté, while having the look we've come to expect for Atticus, lacks the gravitas necessary for the character and though technically the lead, cedes the spotlight to the play's supporting characters. The young actors playing Scout, Jem and Dill (Cecilia Brenner, Mario Herrera, Liev Bruce-Low) do fine, and Val Sinckler is a tower of strength as Calpurnia. Jourdánn Olivier Verdé is a steadfast Tom Robinson, and Mike Pavone and Caitlin Strom-Martin succeed in making the Ewell family thoroughly detestable.

An interesting addition to this production is a gospel choir/Greek chorus to "bookend" several scenes. It's quite effective and the addition of music is welcome.

Lee's story still packs a punch and, while uneven, this production does have its strong moments.

The Cloverdale Performing Arts Center is presenting John Steinbeck's Of Mice and Men in a production directed by Beulah Vega—who had the advantage of working with a script written by Steinbeck himself.

Steinbeck's Great Depression–era tale of George and Lenny (Rusty Thompson, Martin Gilbertson) and their dream of a place of their own still resonates today for those seeking the ever-more-unattainable "American Dream."

Vega has taken a minimalist approach to the show's staging, leaving it to her cast to grab your attention and hold it for two hours. They do.

Gilbertson brings a fresh approach to Lenny, a character that can often dive into caricature, and there's a strong ensemble doing excellent work here.

Heck, even the dog is good.