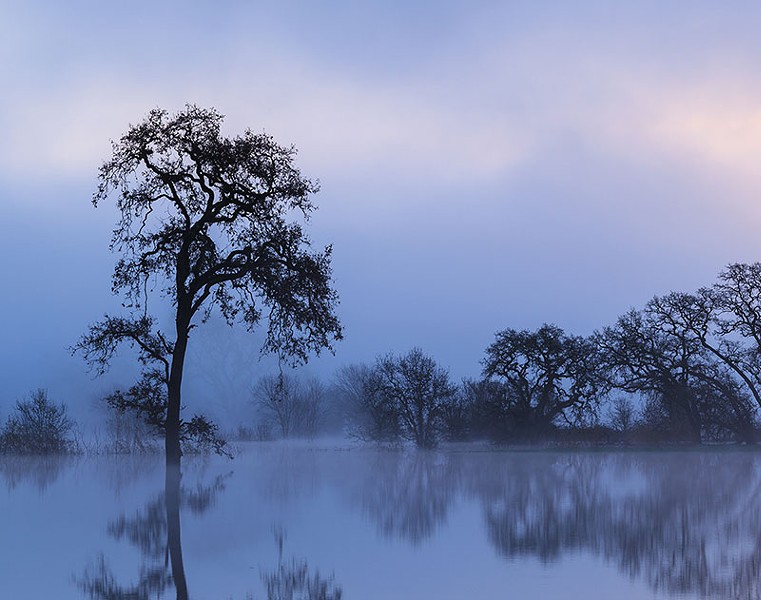 Sonoma County's Brenda Tharp has a 30-year career as a photographer, and she shares her collected wisdom in a new book, Expressive Nature Photography (Monacelli Press), released earlier this year.

"As I progress, I get fresh ideas to describe or explain concepts," she says. "The book was born out of my need to update my own insights."

Her work has been featured in Sunset and Sierra Club magazines, and in publications put out by National Geographic, Chronicle Books, the Nature Conservancy, Audubon, the Presidio Trust, the National Park Service and Michelin.

Expressive Nature is intended to help people see different ways of composing photographs, "be expressive and tell a story." And that is what Tharp has done.

She focuses on a subject, a flower coming out of the cracked Death Valley floor, for instance, and captures the essence of that flower's story of struggle in the desert. In the pages of her book, her composition highlights frequently photographed or mundane scenes in new, captivating ways.

Since she travels so much for her work, Tharp often doesn't have the time to appreciate the natural beauty of the North Bay. That doesn't stop her from venturing into her favorite local places with a camera, though. She lists the Laguna de Santa Rosa as one. "The variety of wildlife, nature and seasonal changes make it so nice to shoot in," she says. Sugarloaf Ridge State Park is another favorite, where she likes to "walk along the flowing water in the spring." She features a photo of moss-covered rocks and trees in the park on her website, taken before last month's wildfires.

"I wonder what it looks like now?" she writes.

Tharp offers her advice on photographing sunsets, something many novice photographers take pictures of with their phone. She says winter and fall are the best times of year to view sunsets, as the air has less pollution than in the summer. Seen from a hill or mountain, a sunset appears clearer and brighter, she says, since you are seeing it through less atmosphere and thus fewer particles, which often dim the colors. Clouds enhance what we see by catching the last rays of sunlight and reflecting them down .

After a rainstorm, the air has fewer particulates in it, so that's a particularly good time to view a sunset. California is just entering the prime sunset-viewing season.

To avoid sunset photos that end up looking similar, Brenda suggests focusing on "something else, like a tree, and utilizing the sky as background. Then you see a silhouette in front of a colorful sunset, which adds an element of individuality."

And that seems to be a theme in Tharp's photos—each one has a distinct personality.