The show goes on in Healdsburg 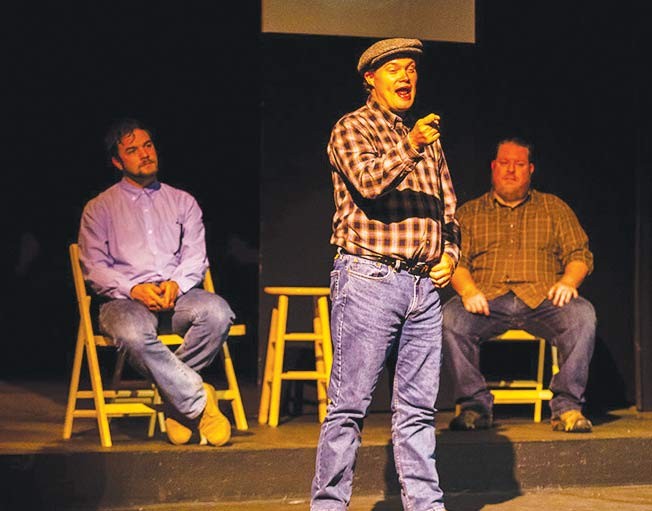 It's been more than two decades since 21-year-old college student Matthew Shepard was kidnapped, beaten, tortured, tied to a fence and left to die in a remote area near Laramie, Wyoming. The savageness and "How could it happen here?" nature of the crime captured the world's attention and Shepard's funeral and the subsequent trials of the two perpetrators garnered massive media coverage.

New York-based playwright Moisés Kaufman (Gross Indecency: The Three Trials of Oscar Wilde) noted the coverage and pondered why this particular crime seemed to resonate with so many. Within a month of the murder, Kaufman and members of his Tectonic Theatre Project headed to Laramie to interview members of the community. The Laramie Project, running now at Healdsburg's Raven Performing Arts Theater through Nov. 3, was the outcome.

Not so much a play as it is a staged documentary, it consists of re-creations of the interviews conducted by the theatre company with members of the community, friends of Shepard, law enforcement and the medical professionals who cared for Shepard.

Director Steven David Martin has a cast of 10 (Zack Acevedo, Jeremy Boucher, Christi Calson, Matt Farrell, Athena Gundlach, Elizabeth Henry, Grace Reid, Austin Schmidt, Steve Thorpe and Katie Watts-Whitaker) essaying over 60 different roles, from the bartender who served Shepard and his killers their last drinks to the local Catholic priest who was turned away by other local religious "leaders" when seeking their support in conducting a vigil. It's a very strong ensemble, led by Thorpe as playwright Kaufmann as well as the emergency room doctor who first treated Shepard and Shepard's father, among others. Thorpe's delivery of Dennis Shepard's heart-wrenching statement to the Judge on the question of sentencing is devastating.

High-quality technical work supports the performances. Set design by Michael Mingoia, lighting design by Dan Spears and sound design by Tom Leukens all evoke the sparse Wyoming setting, beginning with a silhouette of the surrounding mountains and sections of that horrid fence. Projections are effectively used to provide context and there's an interesting use of a live video feed.

It's nice to believe things like the events in The Laramie Project can't happen here, but before this community pats itself on the back for being so progressive, ask the students of a local high school about members of their community trying to disrupt their recent production of this show.