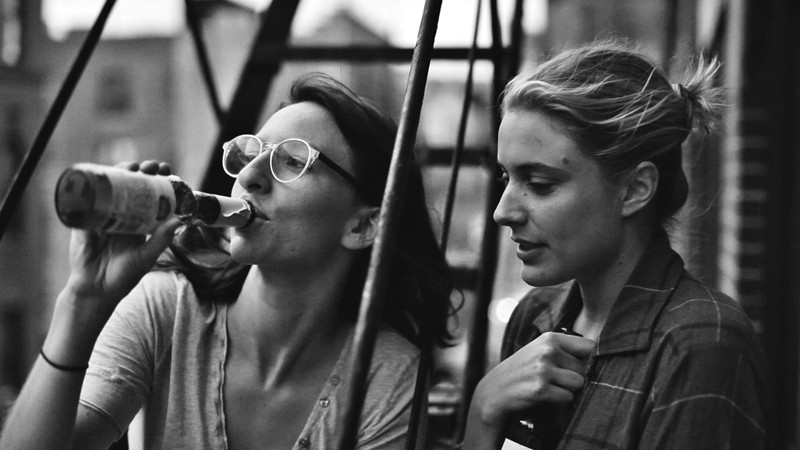 With such robust wit, speed and delight, Frances Ha doesn't have to be likened to Annie Hall.

True, like Allen, director Noah Baumbach looks back at the French New Wave, and shoots the film in radiant black-and-white. And it's true that Greta Gerwig's Frances is, like Diane Keaton's Annie, one of those people born without that little switch on the throat that stops us from saying everything we think.

At age 27, Frances' shield is her dependably plain ex-college pal Sophia (Mickey Sumner), a lean, sharp-featured woman with a pair of spectacles so severe that their frames seem to glow in the dark. She and Frances are pledged to being "undatable." But Sophia moves up, settling in with a boyfriend she supposedly doesn't like much (it turns out that he makes serious money). Frances, meanwhile, gets edged out from her Manhattan dance troupe and starts taking the path of least resistance to one after another of several shared apartments.

The film's not fluffy. It notes the weight of rent on prevaricating artists with no visible means of support, and there's constant class-card playing.

The movie is a love letter to Gerwig, long associated with the mumblecore film movement. She's now been kicked upstairs to work with a director who knows what she's capable of. Frances Ha loves Gerwig in motion, when she dances awkwardly, leaps down a street on her way to work or rides a bike bundled up in a December day in the suburbs. Gerwig is so good that she brings out the poignancy in a whirlwind, sleep-deprivation-blighted, credit-card-financed trip to Paris, foolishly taken on the spur of the moment just so Frances can be equal to the fancy people she meets at a party.

Frances Ha makes a star out of Gerwig, and she's the kind of star we need: a goofy one we can feel tender about but never underestimate. The film goes happy in the end, and maybe you don't buy it, but what Frances Ha says is true: people of an unusual type need to create an unusual kind of art to express themselves.