Nip It in the Bud 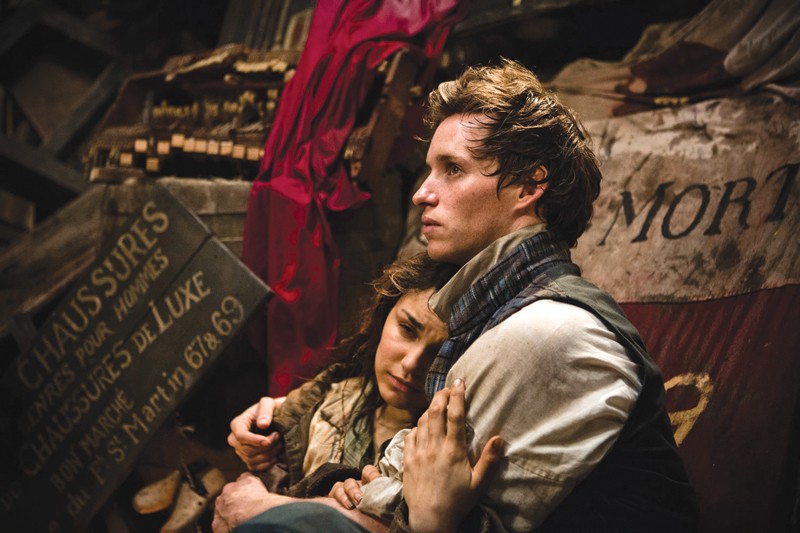 Les Misérables runs 157 minutes, few of them endurable. One might feel some kind of chest flutter for an instant during "I Dreamed a Dream" or try to respect the maelstrom of tears wept by 25 years of matinee crowds, a monsoon undiminished by the fact that, for decades, South Park has been roasting this thing as if it were a luau pig.

Yet critics go on tiptoe, worried about being punched out by theater fans, as if those idlers had any iron in their bones. Say it proud: Les Misérables is bad. It can't contain the discursive beauty of the book. It zips around making characters turn up aged with white hair for yet another coincidental path-crossing, requiring them to describe their emotions in "What is this I'm feeling right now?" lyrics.

The politics on display have a musty centrism that only looks like even-handedness; this is the least rousing call to the barricades imaginable. Plus, you could mash the revolutionary anthem "One Day More" with "Tomorrow" in Annie and scarcely miss a beat. A group on a bare stage can make Les Misérables weepworthy live, maybe, but the pitiless camera exposes the conceit, the coincidence, the motivelessness, suggesting (unforgivably) that it is Victor Hugo who creaks.

Tom Hooper's film version seeks streetworthiness with hand-held cameras and an emphasis on blood and filthy sewers. Amid this squalor, Hugh Jackman (Jean Valjean) and Russell Crowe (Javert) bellow at each other at close range. But Hooper is also trying to emulate Tim Burton's last great movie, Sweeney Todd, in the soot-and-satin costume design, the gore, the whores.

Why, here are two of Sweeney's cast members, Helena Bonham Carter and Sacha Baron Cohen, as the two thieving proprietors of a brothel. Amanda Seyfried gets the role of good-girl Cosette; the good-bad Éponine is the not-bad Samantha Barks, a stage actress who has a voice that gives the songs some dynamism.

As the more-sinned-against-than-sinning Fantine, Anne Hathaway gives something like 10,000 percent. Fantine falls into unemployment, shearing, mutilation, prostitution and consumption in the time it takes to nuke some popcorn, but there's no time to feel anything for her. She sings her swan song straight to the camera, big, brown hollow eyes pleading for a Golden Globe. There's a bit of retching in her singing: a cry from a broken stomach.

This film is a job for FEMA. Ultimately, what dooms this mammoth mistake are the lyrics, and the insistence on the close-up for every incidental line. The Warner Bros. cartoon vibe suggests itself when Valjean himself offers up this request: "Shoot me now / Or shoot me later." It's the uncredited writing of Daffy Duck.