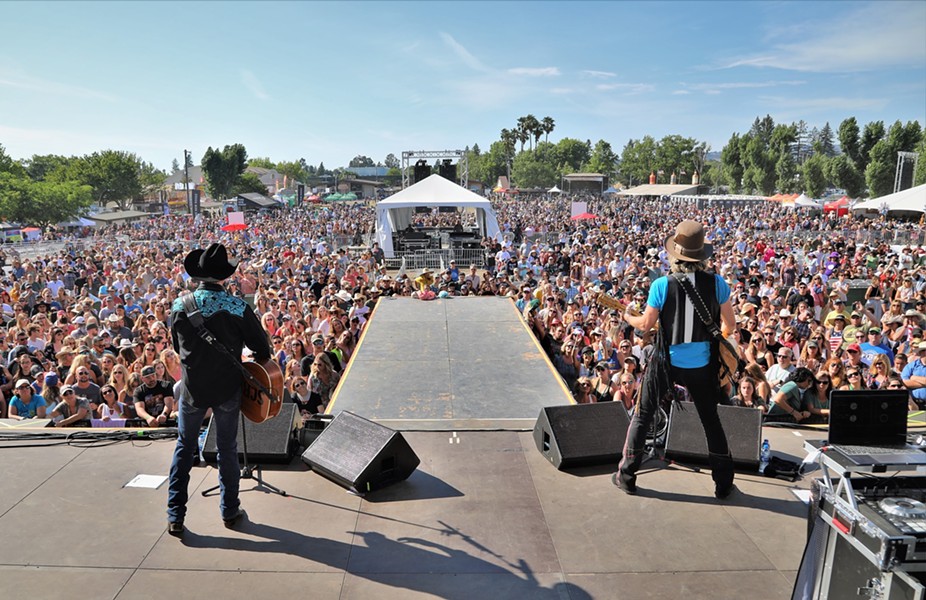 When the Covid-19 outbreak hit California in March, music festivals were among the first planned gatherings to change their summer plans in the face of statewide shelter-in-place orders.

At first, North Bay music festivals moved their events from the summer to the upcoming fall. One such festival, Country Summer, a three-day event held at the Sonoma County Fairgrounds in Santa Rosa each June, was originally rescheduled from this month to October 23–25.

Now, Country Summer has confirmed that the festival is postponed until next summer, June 25­–27, 2021.

“Our team worked diligently and secured a top-notch lineup, including most of the same country music entertainers, for the October dates,” said Alan Jacoby, executive producer of Impact Entertainment, in a statement. “However, fan’s health and safety are our top priorities.”

A major reason for the festival’s yearlong postponement is that, in announcing the state’s re-opening, California Governor Gavin Newsom’s four-stage plan will not allow for large festival gatherings for many more months, likely not until a vaccine is available or most people are immune to the virus. That timeline is still unclear, as reported cases of Covid-19 continue to rise even as restaurants and other businesses open their doors.

“We were hopeful the coronavirus situation would improve significantly, and rules would be relaxed enough for us to stage a spectacular event in October,” Jacoby said. “Unfortunately, circumstances beyond our control are prohibiting mass gatherings this year. Our festivals are not social-distancing-oriented events. They’re thousands and thousands of like-minded country music fans coming together for a big celebration. While disappointing for this year, we’re committed to producing a phenomenal fest in 2021.”

Country Summer is honoring all 2020 three-day passes, single-day tickets, Country Club memberships and even parking passes for the 2021 festival. Refund options will also be available.

An updated lineup of performers will be announced on the Country Summer website in the coming months. Originally, the festival’s 2020 headliners included country music stars Eric Church, Kelsea Ballerini and Chris Young.

While those performers will not be able to perform in the North Bay this year, country music fans can still hear their music this weekend during Froggy 92.9 FM’s Country Summer Radio Fest, broadcasting from 10am to 3pm on Saturday, June 20, and noon to 5pm on Sunday, June 21.

In addition to playing country hits, the Sonoma County–based radio station is also bringing in radio personalities to conduct exclusive artist interviews and to look back at Country Summer’s last six years of festivals, with video highlights on the station’s website and on its social media.

As of now, several other North Bay music festivals are still holding out for this fall. BottleRock Napa Valley, the massive 3-day festival featuring five stages of music, wine, food and brews, is still scheduled to take place in Napa October 2–4, 2020. BottleRock’s music headliners include the Red Hot Chili Peppers, Dave Matthews Band, Stevie Nicks, Miley Cyrus and Khalid, with dozens of other bands, chefs and celebrities scheduled to appear.

Huichica Festival co-founder and winery co-owner Jeff Bundschu offered a message on the Huichica website, writing: “We’ve always strayed away from calling Huichica a ‘music festival’ because we designed it to be spread out across bucolic, open spaces. Since its inception, we’ve limited our guest count and ticket sales to ensure that Huichica remains a very intimate experience—so we don’t anticipate our guest’s experience to change that much. Of course, we’ll be taking all appropriate measures to ensure that our staff and volunteers are safe and adhere to guidelines from the state and county.”