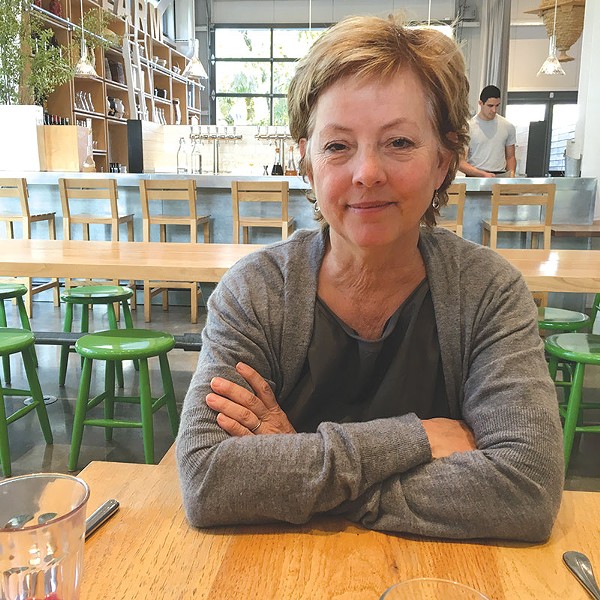 Contrary to local lore, not all good things start in Sonoma County. Indeed, the Slow Food movement didn't arrive here until 1997, 11 years after Carlo Petrini founded it in Italy to protest the spread of fast-food restaurants and the opening of a McDonald's in Rome.

Chapters soon sprang up all over the world like wild mushrooms after winter rains. Now Slow Food Sonoma County North and Slow Food Russian River have pooled resources to create their own version of a long-running international program known as the "Snail of Approval."

Cloverdale resident Carol Diaz spearheaded a committee of seven who picked four restaurants that met their rigorous standards and those of Slow Food International, which boasts a thousand chapters in 160 countries.

Not every restaurant that receives the Snail of Approval meets the same standards. Each locality, from Boston and New York to Chicago, creates its own criteria, though they all rally behind the watchwords "clean, good and fair."

Diaz said that she and her fellow committee members in Sonoma borrowed freely from Vermont Slow Food when they created their standards. Indeed, the food must be fresh, restaurant workers treated with dignity, business practices sustainable and produce sourced locally and organically. That's a tough row to hoe, and not every restaurant in the running for a Snail of Approval can hope for a perfect score.

They will be recognized at a launch for the Snail of Approval program, upstairs at Shed, which has served for years as a meeting place for activists and foodies. (Full disclosure: I'm a member of Slow Food Russian River.)

Cindy Daniel and her husband, Doug Lipton, have made Healdsburg's Shed a destination and showcase for local farmers. "It meant a lot to me when I was in Italy to see the Snail of Approval in restaurant windows," Daniel said.

Her goal now is to turn Shed into a carbon-neutral, zero-waste environment. "The Snail of Approval is one way to move the whole conversation forward," Daniel said.

Indeed, the future of food and sustainability in Sonoma might belong to the likes of Shed's Meg Rottinghaus, 33, who comes from an Iowa family that raises soybeans and feed corn on hundreds of acres. Organic is a harder sell there than here.

Now Rottinghaus manages Shed, trains its 100 employees and bicycles to and from work. When the Snail of Approval team members came to inspect the restaurant and market, she gave them a tour. She and executive chef Perry Hoffman also answered questions on subjects like sourcing, recycling and cooking.