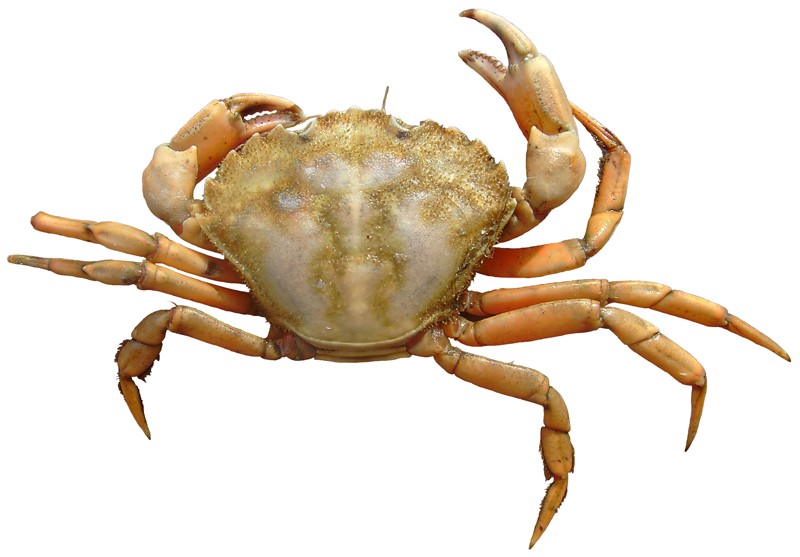 In the realm of gastronomy, boundaries are constantly being pushed and new food trends invented. Consider the "invasivore" movement. After realizing the culinary potential of green crabs, a prolific invasive species plaguing the East Coast, New York conservation biologist/foodie Joe Roman created the website Eat the Invaders, designed to help folks fight so-called alien species "one bite at a time."

Combining the fun of foraging with the practicality of environmentalism, "invasivores" are combing their beaches and backyards for abundant edible delights. Invasive species menus are even cropping up in some restaurants.

Local chefs take note: Is there a ragu to be made with Scotch broom? Perhaps a eucalyptus-infused vodka? Though it may take a while for the invasivore trend to make its way to our coast, certain trends have caught on here in the North Bay (hello smoked water and secret supper clubs!) while others are going the way of the Twinkie (so long giant portions and fattened goose liver). On the cusp of 2013, it's time to ask local chefs what they foresee as the year's approaching food trends.

Thanks in part to farmers like Joel Salatin who are fed up with the bureaucratic red tape and high costs of USDA certification, "organic" is no longer the word du jour when it comes to quality food. The growing trend? Local, local, local. "It's back to the land, know your farmer and know your food," says Sheana Davis of Sonoma's Epicurean Connection. Central Market's Tony Najiola agrees, noting that the more you know about the people farming for you, the better. "If a farmer tells me he's not spraying, that's good enough for me," he says.

Of course, the whole "farm-to-table" philosophy is how most people all over the world have eaten for centuries. Instead of being trendy, shouldn't it just be common sense to take advantage of the local abundance of cheese, eggs, wine, apples, meat and vegetables that are produced here in the Bay Area? Indeed, when restaurants tout "farm-to-table," they usually back it up with a slew of local farms from whom they procure their goat cheese or chicken, giving credence to the label. Let's hope that the phrase can be saved from the maws of marketing, which have rendered words like "artisanal" (used by the likes of Burger King and Frito Lay) all but meaningless.

The "snout-to-tail" movement, which promotes making use of the entire animal, is now being applied to fish and veggies. "We try to use everything, including the little things that often get composted," says Ryan Fancher, executive chef at Healdsburg's Barndiva. In this way, filet mignon trimmings and chard stems find their way into burgers and pickling brine. Other chefs note that as far as sustainable practices go, there's always room for improvement. "We need more local slaughterhouses," says Lowell Sheldon, owner of Sebastopol's Peter Lowell's, "so we don't have to ship animals across the state before shipping them back to our county to be eaten."

Some restaurants are even taking the local trend beyond the kitchen. If our food is produced in the next town over, they reason, why not our flatware and plates? "I see restaurants going the custom-made route," says chef Louis Maldonado of Healdsburg's Spoonbar, whose plates, lights and tables are products of local ceramicists, glassblowers and woodworkers. In fact, the whole nondecorating minimalist approach seems to be on its way out. People may enjoy the stripped-down aesthetic of exposed brick walls, but how many painted air ducts can diners gaze at before craving the eye-candy of some black-and-white photography or psychedelic poster art?

In July, California became the first state to ban foie gras, the fattened liver of a goose or duck resulting from force-feeding the bird through a tube. Of course, one animal-rights advocate's victory is another gastronome's defeat. As soon as the ban to sell foie gras took effect, many restaurants embraced the "BYOF" loophole: if you supply it, some chefs will cook it, giving rise to the term "foie-kage" fee.

No longer relegated to the shameful status of garnish, kale has finally found its rightful place on the plate, thanks in part to its ability to be harnessed into that favorite American snack food, the chip. But with more iron than beef and more calcium than milk per calorie, this easy-to-grow antioxidant- and fiber-rich "future food" surely deserves the hype. "I put a baby kale salad on my menu," says Mark Miller, head chef at the Underwood Bar and Bistro in Graton, "because they're everywhere." Everywhere, including the White House's Thanksgiving dinner this year, which served the greens harvested straight from Michelle Obama's garden.

While most chefs celebrate kale's ascendance, not everyone is so smitten with bacon's stronghold. As Maldonado tells me, "The pork craze is just ridiculous." It's not that there's anything wrong with bacon per se. It's just that, as Jason Sheehan of the Seattle Weekly put it, "bacon has not merely jumped the shark. Bacon has taken all the sharks, stuffed them with cupcakes, ice cream, sausage, lipstick, alarm clocks and mayonnaise, wrapped them in bacon, deep-fried them, then jumped that. Using a ramp made of bacon."

Most chefs have due reverence for the salty slab, yet within reason. "Bacon is food crack," says Jason Denton, chef du cuisine at Jackson's Bar & Oven, "but that doesn't mean it needs to show up in a latte." Jack Mitchell, chef and owner of Jack and Tony's, echoes the sentiment. "I would never serve bacon ice cream," he tells me, "but a classic like the BLT can't be beat." Sheehan is right: "We need to let bacon be bacon once again."

Gluten continues to be the scarlet letter of ingredients, forcing some restaurants, like Graffiti in Petaluma, to create a gluten-free version of their menu. Bad news for bread, but good news for rice, which is the main grain in most Asian food, currently poised to steal the culinary show in the coming year. "People want authentic Asian food," Miller tells me, echoing a popular contention, "not just Americanized kung pao chicken."

No matter what food captures the Zeitgeist, people will always need to quench their thirst. While "mixologists" continue to garner plenty of attention, gimmicky fads are on their way out, especially after an 18-year-old British woman lost her stomach—literally—after imbibing a cocktail made with liquid nitrogen. "I see a return to the classics, like the Manhattan and the Old Fashioned," says the Underwood's Frank Dice. "For your last drink on earth, you probably want a mixologist," he laughs, "but if you're looking to cut up on a Friday night, you need a bartender."

So will the cake-pop unseat the cupcake as the queen of frosting? Will people really use pork-flavored lubricant? Are invasivores destined to become the new insectivores? As 2013 arrives, one thing is certain: the coming year will surely raise new gastronomical questions, and they'll probably still be deep-fried and wrapped in bacon.