The DREAM Alliance of Sonoma County works to keep families together 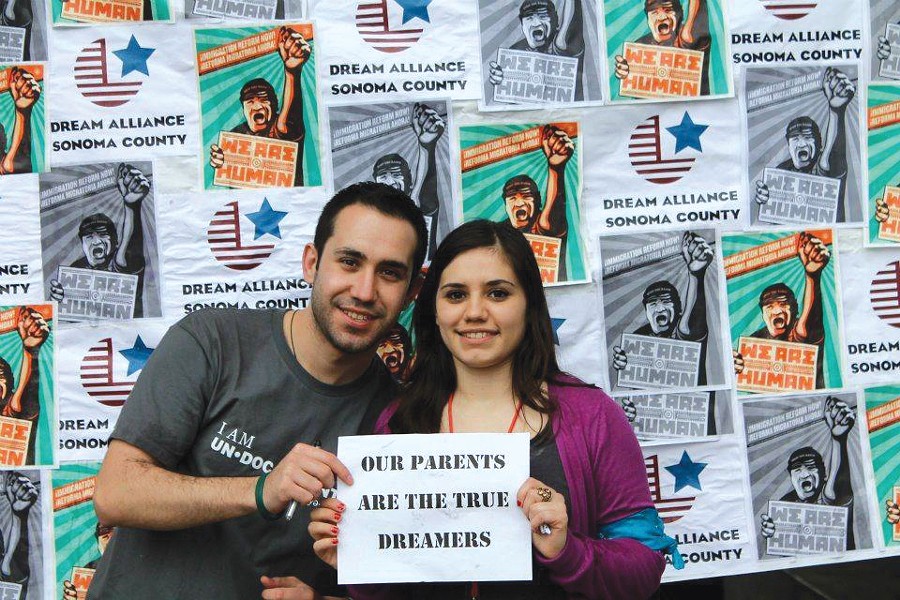 They came with their entire lives in a folder.

That's how Jesús Guzmán, one of the founders of the DREAM Alliance of Sonoma County, describes the 160-plus undocumented youth who came to the Deferred Action Application Fair on Aug. 18, 2012.

"They had documents from anywhere they could get them, with a name and a date to show where they'd been before age 16," he recalls.

The fair in the Roseland Elementary School gym was part of a national effort to turn these stacks of papers into social security numbers for those called "DREAMers," children of undocumented immigrants under age 31 who came to the United States before age 16. Known as Deferred Action for Childhood Arrivals (DACA), the Obama administration's initiative was signed into law last June, offering two-year, renewable citizenship to DREAMers who have lived continuously in the United States for at least five years.

On that Saturday in August, the room was full of volunteers and lawyers behind folding tables, with handmade signs directing applicants through the complex process. The application for Deferred Action costs $465 and asks second-generation immigrants to provide a paper trail for years during which many of their families lived and worked under the radar.

Still, Guzmán says the atmosphere in that elementary school gym was both powerful and full of hope.

"It was the first time we recognized that everyone in the room was undocumented, everyone was an ally," he says, adding that although some of the attendees had been brought together before—to look into college resources for immigrant youth, for example—the fair was an explicit acknowledgment of citizenship status. "It took a lot of courage for folks to come out and be in the same room," he says. "We're taught in our own families not to say we're undocumented, because it's dangerous. It makes us vulnerable to deportation."

This has been especially true under the very administration responsible for DACA. In its four years in office, the Obama administration has deported 2 million undocumented immigrants, the same number deported by the Bush administration over the course of eight years. And while Immigration and Customs Enforcement (ICE) may focus on people who have broken criminal laws—according to its website—local numbers tell a different story. According to the Press Democrat, in 2011, for example, only half of the 921 inmates released to immigration officials over the course of a year had been convicted of the crime for which they were incarcerated, or had any criminal record at all.