No Shame, No Blame 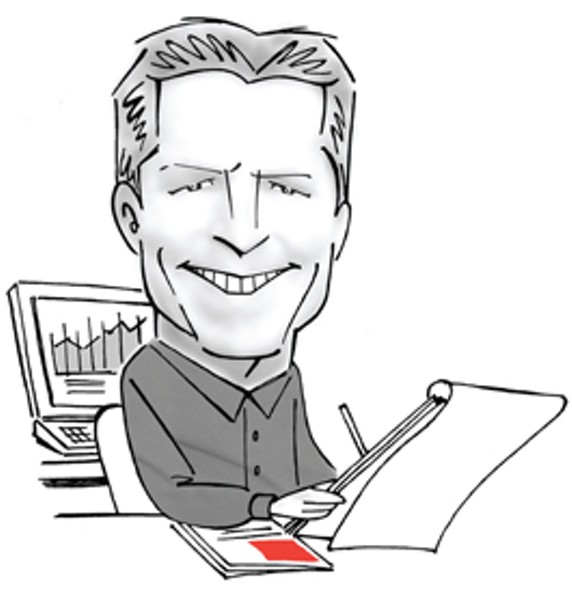 My first realization that our family was not of the moneyed class came after a trip to the Los Angeles County Museum of Art. On the way home, my mom drove us through Hancock Park, where we admired massive brick houses with swooping driveways, emerald grass and sparkling windows. On the approach to my hometown, the houses shrunk and liquor stores proliferated. On arriving home, the neighborhood seemed claustrophobic, the houses dirty and cramped. At 10 years old, I felt ashamed of my class status. Obviously, we did not have enough.

The years since have been spent alternating between aversion of and attachment to money. I could easily attend an anticapitalist rally one day and shop for cheap furniture at IKEA the next. After graduating from college, I earned a small income as a barista, lived the broke life that seemed my destiny and defaulted on $20,000 in student loans. I "forgot" to pay credit card bills, racked up late penalties and cowered at the mercy of the dragon cash.

It seemed that there was never enough. But there was always enough for the small stuff like sweatshop-made clothes from the mall, CDs and records, meals out with friends. There was even enough for the big stuff, like that digital video camera now gathering dust in my closet. The mornings of shame were the worst, when I awoke to a slamming hangover and a wallet filled with nothing but strangers' phone numbers. Thirty dollars blown at the bar, the show or on whatever debaucheries I had gotten into the night before doesn't seem like much until it's multiplied by three times a week. I had no balance when it came to spending. I couldn't seem to apply my philosophical awareness of the dangers of material fetishism to the physical realm.

After meeting the practical and frugal man who became my husband, my money dysfunction began to affect someone besides me. An impulsive decision to return to graduate school for an MFA left me $50,000 in debt during the worst economic crisis since the Depression, and forced me to begin the tough work of aligning my values with my spending habits. Things had to change if my husband and I were to ever purchase our dream property with room to garden, and if I was to pay off that student loan debt before qualifying for the senior discount at the movies. It was time for me to get a ticket on the train to Frugalville.

In desperation, I turned to books for money advice, starting with Suze Orman's wide-eyed enthusiasm for Roth IRAs and graduating to Your Money or Your Life by Joe Dominguez and Vicki Robin, which outlines a nine-step system for "transforming your relationship with money and achieving financial independence."

I started reading and found strategies for budgeting and saving, while being more drawn to the authors' love of voluntary simplicity and environmental awareness. I was struck by the astounding equation of money with the soul, vigorously underlining the quote, "Our life energy is precious because it is limited and irretrievable and because our choices about how we use it express the meaning and purpose of our time on earth."

After hemming and hawing, I began the first step, which meant calculating all of the money I'd earned over the years, followed by the daunting process of calculating my current net worth. What did I have to show for all that I had earned? I jotted down each cent that went in or out of my life. I examined those expenditures, deciding which ones were essential and which seemed to be a "waste of my life energy." Luckily, I stumbled upon an online budgeting program that did most of the calculations for me. All I had to do was enter in the numbers.

I hit the first pothole at the fifth step. On a monthly basis, I had to plot my total income and expenses on a line graph. The goal is that the income line rise higher and the expense line duck lower as the months pass. Since I began charting about six months ago, I have consistently spent more than I earn. I write it down. I struggle. My weaknesses are new books, pints of good beer and impulse food buys. I've had to tame the clothes-horse and become friends with the clothes already in my closet, including the hated maroon cotton slacks and the weird sparkly half-cape.

With hope for help into bringing my expenditures in alignment with my goals and values, I contacted Windsor-based money guru Mark Zaifman, owner of Spiritus Financial and a contributor to the newly revised version of Your Money or Your Life. After facilitating workshops based on the principles of the book, in which participants work toward becoming "FI-ers" (short for cultivating financial intelligence, integrity and independence), Zaifman opened his "values-based," holistic financial-planning service in 2003.

"The overarching taboo subject in society is money. You start examining your relationship with money and hit the first roadblock, which is either shame or guilt, and that can be the obstacle that slows you down along the path to transformation," Zaifman says over the phone, speaking with the calm confidence of someone who has battled his financial demons and won.

Almost immediately, I feel like less of a failure. As working-class French writer Annie Ernaux says, "The worst thing about shame is that we imagine we are the only ones to experience it." It is liberating to hear frank talk about money shame. In my family, money was discussed in whispers, as though it were an omnipresent basement monster waiting to eat us if we stepped just slightly out of line. Zaifman claims that money is not a monster. Rather, it is an energy system with a distinctly spiritual component.

I initially balk at connecting finances and spirituality, but at this point I'm willing to give it a shot, especially if it means attracting the abundance that FI-ers believe flows across the universe.

When I ask Zaifman where to start on this path to transformation, he suggests baby steps. "Start setting mini goals for yourself, either every week or every month that you are going to accomplish a little more clarity around your relationship with money. You may not get to the finish line in a month or six months or a year, but you are beginning that journey, one step at a time," he assures.

Zaifman encourages steep discipline since, he reminds, "it's not a free lunch to get to the place where you're feeling a surplus all the time." A reward system can also be helpful, "to put a little sugar with the medicine," when budget goals are met. I wonder if my reward could be a trip to Costa Rica, but realize that this is probably not the type of reward to which he is referring. It's painful to come to terms with the fact that I have to limit myself to one new, fantastic book every six months if I don't want to be thousands of dollars in debt for the rest of my waking days.

All the stuff about abundance is attractive, but what about those of us who have only known a scarcity consciousness? After growing up and spending most of adulthood thinking there will never be enough, and with the economy falling into a downward spiral seeming to confirm my worst fears, it's hard to comprehend a world of abundance.

"It goes back to the psychological and the emotional, our habits, patterns and belief systems," Zaifman says, illustrating the point by referring to his own working-class childhood and immigrant parents. He continues: "If we shift and think about abundance, not as material possessions but in what we already have—nature and time—then all of a sudden it does feel unlimited. That's the shift we need to make in our lives to get to a point of equilibrium, so the world actually becomes a peaceful place to live."

At this point in the conversation, I experience a classic "a-ha!" moment. If I just give up the struggle and shift my focus from what I don't have to what I do have, half the battle has been won. As I move from shame to acceptance, it will become easier to see that I do have enough, and that whatever is left over should go to paying off that debt rather then buying the first glittery object that catches my eye. A baby step, but a step nonetheless.