'Kingmaker' gets under a tyrant's skin By Richard von Busack 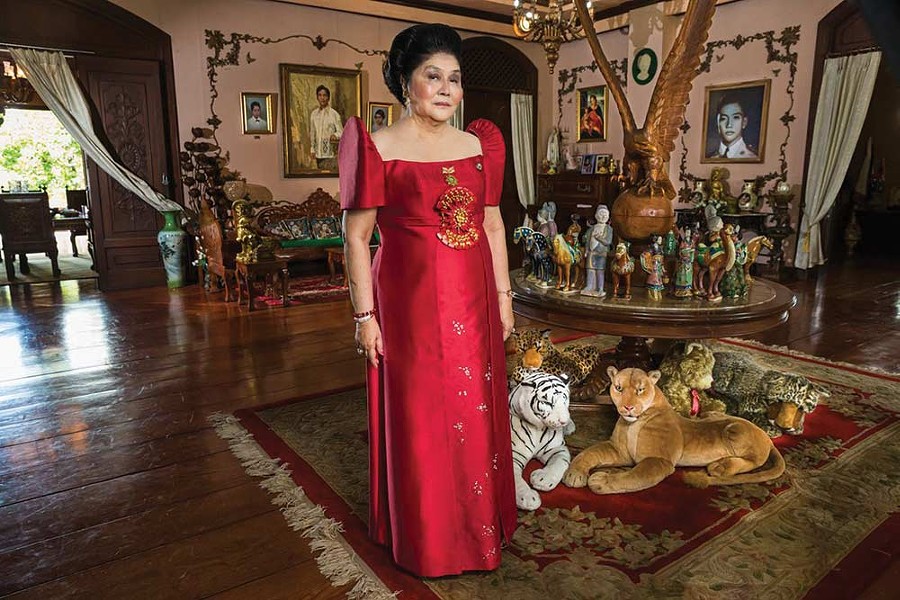 Documentarian Lauren Greenfield upends the ever-growing field of journalistic plutography; that is, journalistic worship of the filthiest of the filthy rich. Greenfield's 2012 Queen of Versailles attempted to explain how an 85,000-square-foot, $65 million house could end up with dog turds on the floor.

Greenfield's The Kingmaker provides remarkable access to a 90-year-old Imelda Marcos. Hearing the name of the uncrowned queen of the Philippines, one recalls the word "shoes." In February 1986, mobs found 3,000 pairs of her shoes when they broke into the palace of Imelda and her brutal dictator husband Ferdinand. At a rally for her successful senatorial campaign, supporters serve the grandmother cupcakes decorated with doll-sized shoes made of frosting.

Greenfield observes, without comment, Imelda's terrific sense of resentment and self-pity. The gentle, fair-minded viewer will worry that the film is making fun of a gaga old lady. Far from it. Underestimating Imelda is foolish; for all her white-gloved charm, she's busy helping her son Ferdinand Junior—nicknamed Bonbong—run for high office as part of a family restoration.

The secret to Imelda Marcos is selective vision and iron-clad compartmentalization, in which effect never quite follows cause. She believes in her own willpower: "I gave birth to what I dreamed, and I always got my way."

With mixed success, she's held onto the billions she and her husband stole from the Philippines. While the Marcoses stonewall, cracks emerge. For the camera, Imelda displays her collection of framed photos of meetings with yesterday's world's leaders. Ferdinand knew better than to leave the Philippines, since he was allergic to coups. So Imelda went forth for the gripping and grinning with everyone from Henry Kissinger to Muammar Gaddafi.

The lessons Americans can derive from this brilliant and frightening documentary are too obvious to name. One learns a lot about Imelda, but one also learns a little about Melania. It's to Greenfield's credit that she caught the mask of glamour slipping for a second, revealing the hideous tyranny beneath it.

'The Kingmaker' is playing at the Smith Rafael Film Center in San Rafael.