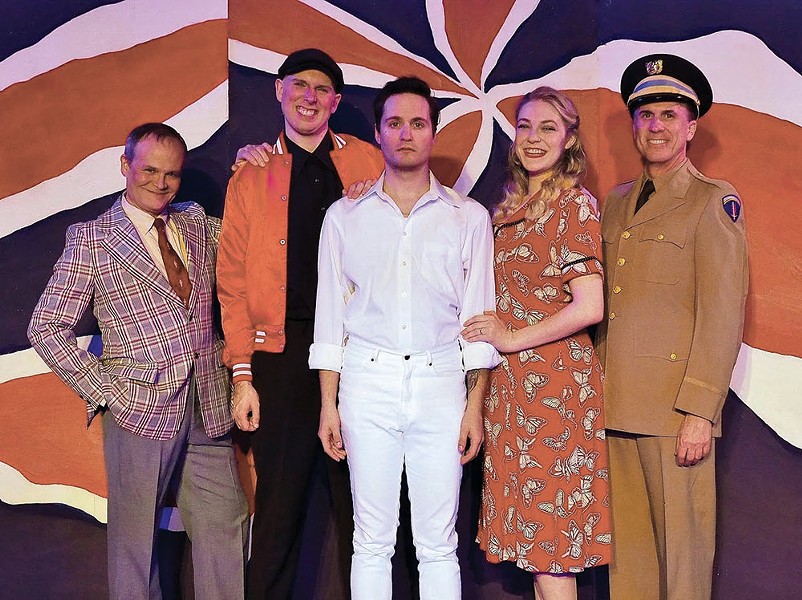 Novato Theater Company was just days away from opening their ambitious staging of the Who’s “Tommy” when Marin County’s shelter-in-place orders shuttered the production in mid-March.

“It was a very dark weekend in my life,” says director and choreographer Marilyn Izdebski. “You nurture this baby and right when it’s going to open, you know, it was horrible.”

Izdebski, who is also president of the company’s board of directors, adds that the lack of information regarding the sheltering timeline has put everything on hold at NTC.

“We postponed ‘Tommy,’ we cancelled ‘Sordid Lives’ [set to open May 21], we had our next season all mapped out, and we can’t even go forward with our next season until we know when and if we can open,” Izdebski says.

Novato Theater Company also rearranged another major event—their own centennial celebration—held this month. The gala event, “Sharing the Spotlight,” was to be a sit-down dinner and showcase featuring theater stars from all over Marin.

Now, “Sharing the Spotlight” is a live-streaming fundraiser happening online Saturday, May 16, at 7pm. Hosted by actor and longtime NTC-member Mark Clark, the streaming gala will feature a variety of live and recorded musical performances from the homes of several NTC members and alumni, as well as special guests from other local groups, all accompanied by an online auction with special, one-of-a-kind items.

Like many other arts groups in the North Bay, Novato Theater Company has operated under many names and resided at several different venues during its 100 years. Shirley Hall, the company’s longest-running member, first joined the organization in 1966.

“I think it’s grown a lot from just being a little community theater with a lot of shows written by members of the theater, into doing wonderful productions of musicals and plays over the years,” Hall says.

Hall was set to star in this month’s production of “Sordid Lives,” and while she laments that production’s cancellation, she is confident NTC will survive the sheltering.

“They’ve been homeless twice through no fault of their own, and now we have other challenges facing us, but the theater company seems resilient, as is obvious for all the years they’ve been here,” she says.

Until theaters can return to normal, online events like NTC’s “Sharing the Spotlight” will continue to engage local audiences from a safe distance.

“We have a tremendous responsibility to our patrons, our members and our staff to wait until it is absolutely safe to re-open,” Izdebski says. “I don’t think theater is dead, but it’s going to be on hiatus for a while and it’s profoundly sad, I think. We as a people need theater in our lives to express the emotions that are part of the human experience.”

‘Sharing the Spotlight’ streams live on Saturday, May 16, at 7pm. Visit novatotheatercompany.org for details.