Sonoma Valley Olive Odyssey is all about the versatile fruit 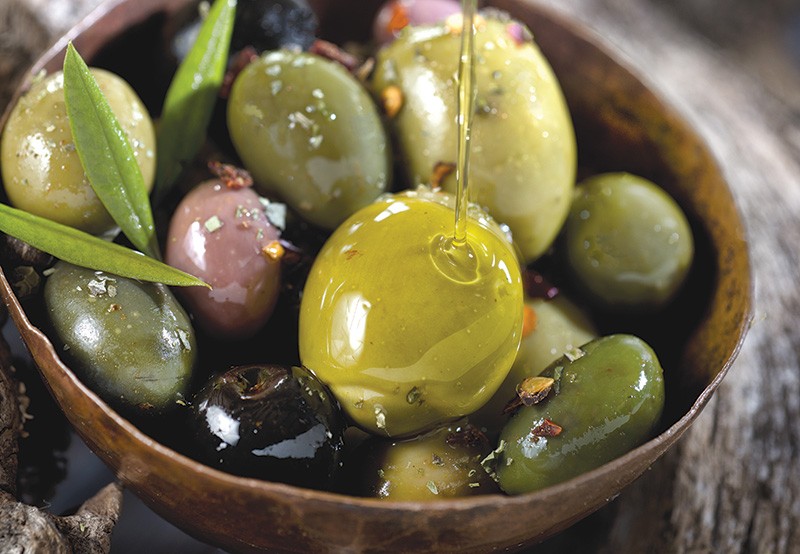 Estate-grown olive oil and wineries that also produce their own olive oil have become de rigueur in the North Bay. Add it to our embarrassment of culinary riches.

But given that olives fare so well in our Mediterranean climate, why aren't there more locally produced table olives? In a word: money. There is more money in pressing olives for oil than curing them for eating. But that doesn't mean there aren't good, locally made olives. You just need to know the right people.

Don Landis is the right people.

Landis, who moved to Sonoma County from New York two decades ago, became an avid table-olive hobbyist once he tasted his first homemade olives.

Nine years ago he created the Olive Odyssey, a free, all-things olive event. This year the olive bash is Feb. 14–15 at Jacuzzi Winery in Sonoma. It's part of the larger Sonoma Valley Olive Festival, but it's really a stand-alone event.

Picked off the tree, olives are intensely bitter and inedible. Most commercial brands of olives are cured in lye to make them fit to eat. But Landis rejects that method in favor of more natural and slow ones. And he calls the process "de-bittering" instead of curing. He uses one of three methods: salting, brining or flushing with water after piercing the olives with a needle.

Lye-cured olives will be ready to eat in 18 to 36 hours; Landis' brining method, by contrast, takes five to eight months, a time commitment that's unattractive to commercial producers. But they're worth the wait, says Landis, who teaches workshops on de-bittering olives.

"You're eating olives that taste like olives," he says.

Most locally made olives come from mission, Manzanillo, Sevillano or Lucques varieties.

Olive Odyssey won't just be about edible olives. There will be olive oil as well as olive-centric food, olive-inspired photography, painting and ceramics, and wine from Jacuzzi. But Landis is most excited about the edible olives from local, backyard producers. You won't find a greater concentration of locally made olives anywhere, he says.

"You can't identify with tables olives except at Olive Odyssey."