Before Tinder or Match.com, there was the newspaper personal ad 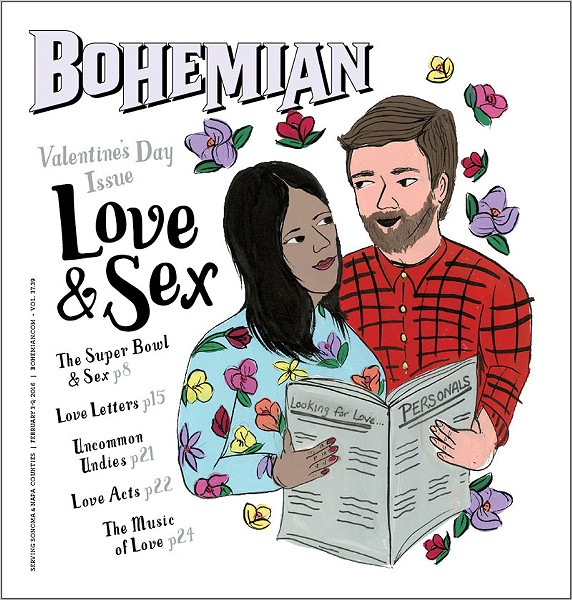 We were intrigued by her words and her memories, and we wondered what it must have been like to meet someone that way, at a time when carefully chosen words to strangers could hold so much power and meaning. How romantic. And in today's fast-paced world, how foreign. "Call me old-fashioned," she would later say.

The way that she talked about her relationship with her husband reminded me of the way that my grandfather, after more than 60 years of marriage, still looked at my grandmother, as though he were seeing her for the very first time. "Isn't she something?" he'd ask.

After all of those years, Sandy De Long was looking for a tangible memento from that time—something to remind her of their correspondence.

"I think his ad started out, 'Does the woman exist who . . . ,'" Sandy recalls recently by phone. "I liked what he was looking for; I liked all of the detail." She notes that she was just looking at the personals for fun and wasn't intending to respond. But his ad, full of adjectives—intelligent, independent, sensitive—that described the kind of woman that he hoped to meet, caught her eye.

De Long wrote Russ a letter on a Thursday, the day the ad appeared in the paper. He received her letter on Saturday, called her on Sunday and they set a date for Monday. Russ received 37 replies to that ad. She says that she replied in a "résumé style," outlining her likes and dislikes, and providing her IQ score. She added at the end that she had "freckles, glasses and unkempt hair."

Russ, sharing the land line with his wife, chimes in: "She added it like it was a bad thing, but I happened to love freckles, glasses and unkempt hair."

De Long called her mom in San Francisco and told her that she had replied to a man's personal ad in the paper. "You did what?!" her mother shouted. "It could be an axe murderer!"

"And then this guy in his three-piece suit drives up in his Mercedes to take me out to dinner," Sandy says with a laugh.

It was very clever, she admits, of Russ to put an ad in the paper, asking for replies by mail. "To have someone write to you rather than a phone call . . . because you can tell a lot about a person by their letter."

Following the marriage of Sandy and Russ in October of 1976, the Sun ran an article titled, "Want Ad Romance," about how the couple had met through the personals. "We're working on our 40th year," Sandy says proudly.

A treasure trove of microfilm—going back to the early '60s—at the Mill Valley Library, revealed the article. It was a glimpse into the dating world of a bygone era—a time when a "sincere, healthy guy" desired the companionship of "an honest, attractive gal." When a 17-year-old woman, who enjoyed "bike riding, guitar, swimming and real communication," expressed her need for "some moving, learning, open friends." A time when a "rare woman" was being sought out—a woman who was strongly in need of "a special man who is intense about life, people, nature, justice, loving, sexuality—in short, a man who has a 'lust for life.'"

If you are a 'lady at tea,' a 'cook in the kitchen' and a tiger overall—and turn on to the above—run don't walk to the mail box with your letter . . .'

At that time, the Sun, along with other Bay Area newspapers, ran a handful of personal ads (for which people would be charged by the word) per week in the Classifieds section. But in the late '70s, and through the '80s and '90s, Sandy says, "It kind of exploded." Before long, there were "pages and pages" of people "looking."