'Toy Story 4' proves the series is built to last 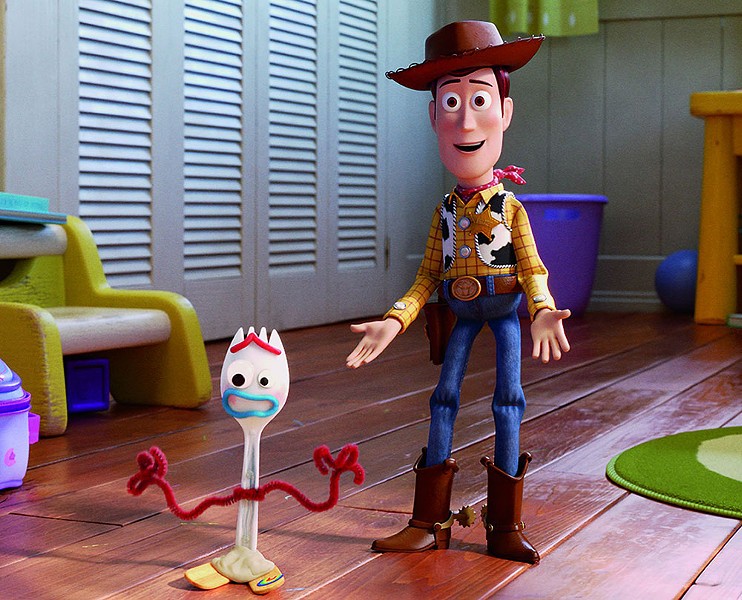 Whether drilling into the nerves that connect empty-nest parents to their anxieties, or exposing a child's deepest fears, nobody knows how to tap into childhood-related trauma like Pixar. In its Toy Story series, Pixar took the example of Margery Williams' popular and dire 1922 kids' book The Velveteen Rabbit about the suffering and ultimate resurrection of a stuffed bunny, and satirized the uncanniness of walking, talking toys. Here, debuting director Josh Cooley balances the ebullient humor of the toybox with the story's essential tragedy.

In this installment, Cowboy Woody (voiced by Tom Hanks) is going through it. His porcelain pal Bo Peep (Annie Potts) gets Kondo-ized, shoved into a cardboard box and given away. And his new human, 5-year-old Bonnie, isn't very interested in him. Obsolete and relegated to the dusty closet, Woody salves his dignity by protecting a tenderfoot toy Bonnie made out of a plastic spork with pipe cleaner arms and googly eyes. Forky (Tony Hale), who longs to return to the garbage from which he was repurposed, is a flight risk. During a family RV vacation, he gets loose.

Woody tracks the fugitive to a tourist town antique store; a fortress run by a damaged 1950s baby doll called Gabby Gabby (a remarkable performance of neurosis and loneliness voiced by Christina Hendricks). This queen bee is protected by a mute goon squad of ventriloquist dummies—scary, but scary in a good way, that thrilling way that makes the best Disney cartoons sing.

Stalemated, Woody encounters a guerrilla band of freed toys living in the wilderness of a city park. They're led by an old friend, now a wild woman with the skills of a general.

Today's movies aren't built half as well as these cartoons, with their Hans Christian Anderson terrors and brash humor. The engineering of fright, laughter, chases, and sweet relief here is classic.