One Grape At a Time

Single-vineyard wines: Why make anything else? 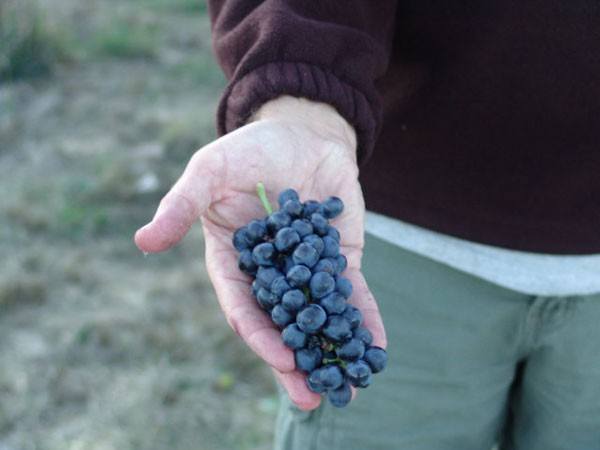 In many ways, Paul Gordon's Syrah tastes like a Zinfandel. But that doesn't bother him.

Gordon, owner with wife, Valerie, of Halcon Vineyards in Mendocino County, grows his grapes on a ridgetop 2,500 feet above sea level in a location baked by the summer sun and cooled most nights by frigid breezes from the Pacific Ocean, not 20 miles away. The Yorkville Highlands location, one of the loftiest vineyards in the state, is unique and rugged, and Gordon believes there may be no better way to preserve and express his property's idiosyncrasies—and the uncharacteristic taste of his wine—than by leaving his Syrah as the land makes it, and putting it into the bottle as a single-vineyard wine.

Also called vineyard designates, single-vineyard wines are exactly what they sound like—wines made solely from grapes grown in a single location. Of course, this was once the default way to make wine. But as long-distance shipping became viable with the advent of motor transport, many wineries began adding grapes from faraway regions into their own fermenting vats. Over time, interregional blends became the norm in winemaking, and today, only in the best of locations do winemakers bother making single-vineyard wines.

"A vineyard has to be special, or else a vineyard designate just isn't worth doing," says Mendocino County winemaker Alex MacGregor, whose Saracina Vineyards uses grapes from the upper Russian River valley.

At Ravenswood Winery, founder and winemaker Joel Peterson says that blending, though an art form in itself, can come at a perceived cost.

"By blending, you get a more homogeneous product," he says. "These large blends may taste fine, but they'll only represent the state or nation that they're from."

Peterson, well known for his Vintners Blend series, began his winemaking career in the 1970s with a commitment to making vineyard-designate Zinfandels. Among these is his Old Hill Vineyard Zinfandel, made from vines planted in the 1860s and notable for its flavors of cherry, mint and raspberry. Ravenswood's Dickerson Vineyard Zinfandel is another favorite—a dark wine strongly redolent of blackberry jam with vague scents of vanilla, bacon and pepper.

These vineyards and others represent microclimates and specific locations worthy of recognition on the bottle. But beyond grape quality, there's also financial incentive for a grower to see his or her property's name go onto a bottle of wine. So says Sierra foothills winemaker Marco Cappelli.

"When I bought my property, I knew that [the vineyard's] reputation would allow me to get a higher price for the fruit, and that my customers would be able to sell their wine at a higher price because of the designation," says Cappelli, whose Herbert Vineyard produces some of El Dorado County's more esteemed Zinfandel. "All my customers use the Herbert Vineyard designation, and it helps them sell their wine."

Even when a vineyard is planted on upstanding, grape-friendly real estate, there will always be years of lesser—even bad—quality harvests. Following such problematic vintages, winemakers often, if reluctantly, choose to suspend their vineyard-designate programs and, instead, use the failed wines anonymously for blending. Two thousand eight was such a year on the North Coast. That summer, huge forest fires set a layer of ash upon thousands acres of vines, and as a result, much of the region's wine that fall was almost unpalatable.