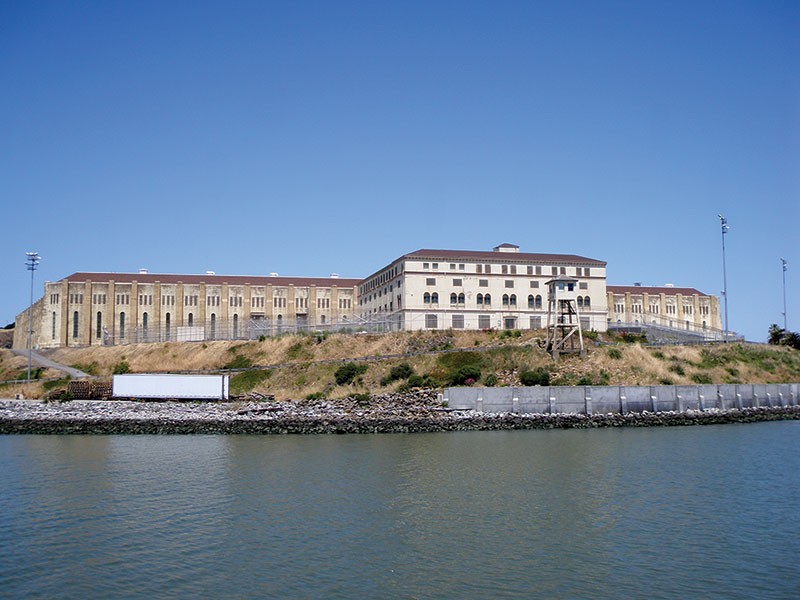 The "cocktail" administered to Allen was similar to the one used in the April 29 execution of Clayton Lockett in Oklahoma—a combination of a sedative, a paralytic and a heart-stopping dose of potassium chloride.

The Oklahoma debacle highlighted problems with lethal injection as California struggles to put its own death-house in order.

"This ought to be a warning to California as it contemplates its next protocol," says Elisabeth Semel, director of the Death Penalty Clinic at UC Berkeley School of Law.

Semel highlights the state's history of inadequate training and monitoring of corrections officials charged with administering lethal dosages, and "real questions about whether people have suffered" as a result.

When a federal judge halted executions in California in 2006, she notes, he did so in part because of evidence that six of 11 executions had gone awry.

Allen was sentenced to death in 1980 for orchestrating two murders while serving a life sentence for the killing of Mary Sue Kitts in 1974.

Allen's attorney, Michael Satris, recalls that his elderly client was in such poor health that he "couldn't even make it under his own strength to the chamber—they had to lift and carry him."

Allen was administered a second dose of potassium in order to complete the execution, since his heart would not stop beating.

After the Allen execution, the state couldn't find a medical technician willing to administer the drugs to the next person up for the ultimate penalty, Michael Morales.

Federal District Court Judge Jeremy Fogel ended the practice and directed the state to come up with new protocols. Seven years later, it hasn't done so. Allen was executed in the former San Quentin gas chamber, and the state built a lethal-injection chamber in 2008 that remains unused.

Gov. Jerry Brown has pushed for the adoption of a single-drug protocol, but pharmaceutical companies have stopped selling the drug, sodium thiopental.

Meanwhile, former governors Gray Davis, Pete Wilson and George Deukmejian have thrown their support behind a proposed November measure that would sharply limit capital-case appeals and leave it to local drug companies to provide the drugs to San Quentin, outside of public scrutiny.

The ballot measure follows a national trend whereby officials have refused to reveal the source of the execution drugs.

Oklahoma had experimentally administered the short-acting sedative midazolam to Lockett. He regained consciousness in the middle of the procedure. Lockett eventually died of a heart attack.

Under the California ballot initiative underway, there would be no public review of the drugs' origins.

Pharmaceutical companies have largely stopped supplying drugs for use in lethal injections. A 2010 Los Angeles Times story reported that Gov. Brown had purchased sodium thiopental sufficient for four executions, but the state refused to say where it had gotten the drugs.

"The more we know about the drugs being used, the greater we guard against the chance of this happening again," says Semel.

Proposition 34, a 2012 ballot measure, would have ended executions in California and commuted the sentences to life without parole. It failed with 48 percent voting in favor. The close vote revealed that attitudes about capital punishment had tightened in a state where the practice has long been the costliest ($4 billion spent for 13 executions since its reinstatement in 1978, according to a 2011 study) and most inefficient in the country, owing to lengthy appeals and judicial review.

State Assemblywoman Mariko Yamada, a Democrat who represents parts of Napa and Sonoma counties, supports capital punishment and says the Oklahoma debacle is less likely to happen here because of the lengths—excessive, in her view—the state has gone to protect the rights of the accused and reform its execution protocols since the Fogel ruling.

"California is a very thoughtful state," she says. "We take a really long and deliberative review, to the point where it is all out of balance."

The California appeals process, she says, doesn't provide "justice for the victims. It is almost like we are re-victimizing the victims."

A spokesperson for Yamada said she had not yet had the chance to study the proposed November initiative and had no position on it.

A few states have suspended capital punishment after death-row inmates were exonerated. A just-released study by the National Academy of Sciences (NAS) found that "if all death-sentenced defendants remained under sentence of death indefinitely, at least 4.1 percent would be exonerated."

In California, there were 741 people on death row as of late 2013. The NAS figures indicate that two dozen or more of them are innocent of the charge that put them there.

Despite its de facto moratorium, California led the nation in capital-crime convictions in 2013, as reported by the national Death Penalty Information Center. That year, 24 individuals were added to the ranks of the condemned.