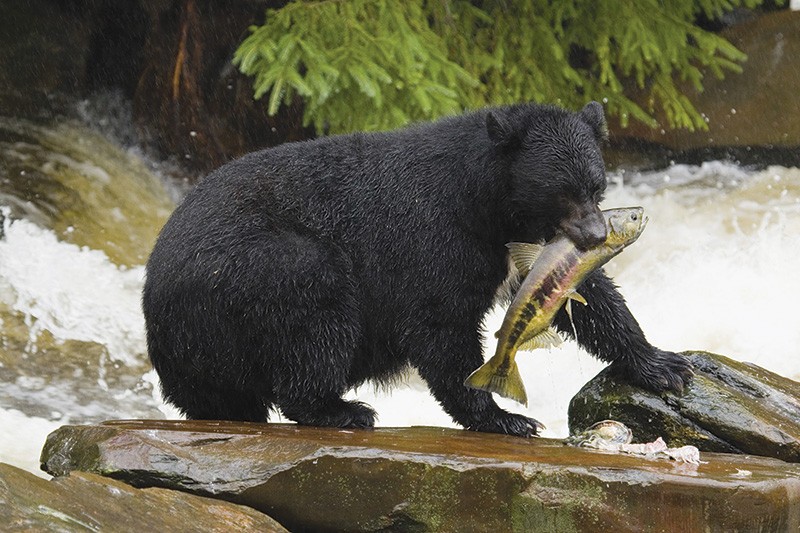 By now we've all heard the story: Trophy-hunting dentist from Minneapolis shoots beloved lion in Zimbabwe, becomes most hated man in America overnight. He takes to the internet to say he's sorry, sort of, but it was all legal—or so he thought.

As the Cecil the Lion story has unfolded, it turns out Dr. Walter Palmer illegally shot a black bear in Wisconsin in 2006, and almost went to prison for it. According to the New York Times, he recently paid California for the privilege of killing a tule elk. Ted Nugent came to his defense, as Palmer, facing extradition, went into hiding.

The Cecil controversy has highlighted the ethics of killing big-game animals strictly for the trophy value.

"There is trophy hunting [in California]," says Tracy Coppola, Washington, D.C.–based director of the Humane Society of the United States' wildlife abuse campaign. She notes that trophy hunters don't generally hunt bears that have a history of close contact with humans (such as the ones you see around garbage cans).

"California is a leader in 'fair chase' hunting," she says, and that has led to a reduction in the number of bears killed annually in recent years.

California Department of Fish and Wildlife spokesman Clark Blanchard says the Cecil outrage hasn't made its way to his agency. "The CDFW communications office has not received any calls from the public regarding this issue," he says.

The black-bear hunting season starts Aug. 15 in California and runs through the end of the year, or until 1,700 bears are killed.

Blanchard pushed back against the notion that California bear hunters are in it mostly for the trophy.

"There is no data or other evidence to support the claim that 'most bear hunters in California are shooting purely for the trophy,'" writes Blanchard in response to questions sent to him last week.

Blanchard noted that California's bear-hunting laws limit the season and methods of killing bear, and prohibit hunting with bait. To coax Cecil from his sanctuary, his killer strapped a dead animal to a jeep and lured him to his eventual death.

Additionally, the state prohibits "wasting the carcass of any game bird or mammal," Blanchard says. And the sale or purchase of dead bears taken for recreational purposes is also off limits.

The state also issues "depredation permits" that allow people to kill bears where they have become a so-called nuisance.

Coppola says California should be celebrated for banning practices like hounding, trapping and baiting bears. The state has also banned bear hunting in the spring, when the animals are both particularly vulnerable (they're hungry and food is in short supply) and desirable (their meat is reportedly at its sweetest).

State law banned the practice of using hounds to hunt bears in 2012. Some dogs were equipped with GPS collars to make for easier tracking. But the law was quickly subjected to repeal by Tea Party favorite and former state Assemblyman Tim Donnelly, who ran for governor last year. Donnelly's overturn push was supported by the organization California Houndsman for Conservation, which continues to oppose the law. Lori Jacobs, president of CHC, says that she'd just as soon not shoot a bear that's been hounded up a tree. Like the Motörhead song of the same title, sometimes the chase is better than the catch.

Hunter groups like the CHC expressed concern that the hound-hunting ban would lead to grisly human-bear interactions of the Werner Herzog variety. That has not materialized; the only reported incident in California in the past few years occurred last October, when a Humboldt County man, who had a heart attack, died and then got eaten by a black bear. But Jacobs says there's been an "increase in the number of bear sightings and bear problems" since the bill passed. And she notes that the practice of hound hunting gives discretion to the hunter. "You don't have to kill the animal. You can leave the animal."

"It's pretty significant," she says, "and has a lot to do with getting rid of these egregious practices."

Would-be trophy hunters are also stymied by the fact that if you kill a black bear in California, you're not going to mount the head above the fireplace. The agency requires that the heads be sent to them for analysis.

Blanchard says "the vast majority of hunters in California [hunt] to provide themselves and their families with a lean, organic, hormone-free food source."

Believe it or not, he adds, "bear meat can make excellent table fare." He even provided a link for some recipes.

The black bear population, he says, is on the rise, and the beasts are being seen in places "where they were not seen 50 years ago," including Sonoma County. Blanchard says there are between 25,000 and 30,000 black bears in the state across about 52,000 square miles.

Much of the outrage over Cecil's death is emotional and driven by a sickening spectacle: lure a majestic beast from its sanctuary, wound it with an arrow, chase it for 40 hours, shoot it, and then chop off its head to cover up the dirty deed. The lion had a tracking device strapped to its neck.

Zimbabwe is not, however, California, and Gov. Jerry Brown doesn't eat trophy meat, as far as we know, unlike the lion-eating president of that African nation.

Jacobs is withholding judgment. "As far as the Cecil thing goes, not enough has been uncovered yet for me to take a side."

Jacob's organization generally supports state conservation efforts. The group's website says "the authority to establish regulations necessary to conserve our state's wildlife should remain with those schooled and trained to use sound logic, scientific reasoning and proven wildlife management principles; not emotion, ignorance or personal agendas."

Yet California's state flag features a bear, a grizzly, that's extinct in the state because of overhunting. Blanchard, however, says that "regulated sport hunting has never caused any wildlife species to become endangered or extinct. In fact, legal hunting plays a very important role in wildlife management and habitat conservation."

Hunters pay taxes and other fees for the privilege of shooting bear. Blanchard says that the state Wildlife Restoration Fund collects the taxes and fees, "and apportions them to state natural resource agencies for conservation and education, which includes habitat restoration, wildlife research and more. Together, hunters and anglers may very well be the most important source of conservation funding in the United States.

"The real question is, where would California's bear population be without conservation efforts made possible by the contributions of legal hunters?"