Twelve films for the fall 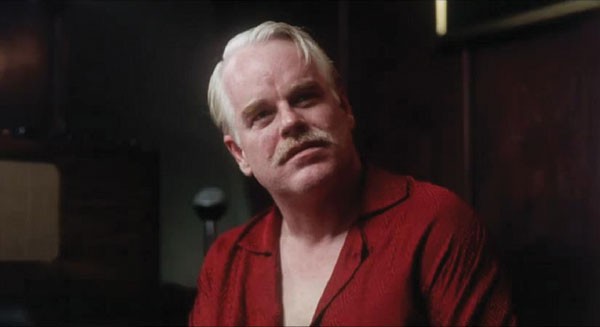 'The Master' (October) is Paul Thomas Anderson's exciting new film, an immersive study of charlatanism and the rise of a figure resembling L. Ron Hubbard (played by Philip Seymour Hoffman) through a softheaded, simian pal (a revelatory Joaquin Phoenix).

'Samsara' (October) follows up the tech-bad/spirituality-good wordless documentary Baraka from Ron Fricke and Mark Magidson, while the thriller 'Looper' (Sept. 28), co-starring Bruce Willis and Joseph Gordon-Levitt, has a criminal mob whisking victims into the past.

In 'Trouble with the Curve' (Sept. 21), Robert Lorenz directs colleague Clint Eastwood as an aged baseball scout on the road with his daughter (Amy Adams), and 'Argo' (Oct. 12) is director Ben Affleck's account of how a fake film crew rescued hostages taken during the Iranian revolution.

Similarly splitting the difference between filmmakers and madmen: Oct. 12's 'Seven Psychopaths' has Colin Farrell, Woody Harrelson and Tom Waits in Martin McDonagh's comedy of a screenwriter who falls in with vengeful gangsters.

After Joe Wright's 'Anna Karenina' (September), are you ready to see Heathcliff and Cathy going through it again? Would you be ready if the highly talented director of this new 'Wuthering Heights' (Oct. 19) was Andrea Arnold of Fish Tank?

'Cloud Atlas' (Oct. 26) is the Wachowski-produced, Tom Tykwer-directed adaptation of David Mitchell's 2004 bestseller. The fantasy-drama is constructed on the theory of eternal return and acted out by a big-name cast, including Tom Hanks.

'Flight' (Nov. 2) by Robert Zemeckis is boilable to the pitch: "What if airline pilot Sully Sullenberger had been drunk when he landed flight 1549 in the Hudson River?" Denzel Washington is the tarnished hero with the rocket-jockey name "Whip Whitaker."

Nobody cares if James Bond has had a few vodkas before crashing a plane. Dead again, 007 (Daniel Craig) is resurrected to find out who rendered MI-6 more permeable than usual. Director Sam Mendes threatens to make 'Skyfall' (Nov. 9) a drama as much as an array of thrilling cities and bravura action.

'Lincoln' (Nov. 16) has Steven Spielberg and Tony Kushner collaborating on the subject of the most fascinating man the United States ever produced. Daniel Day-Lewis plays the president to Jared Harris' Grant and Sally Field's Mary Todd Lincoln.