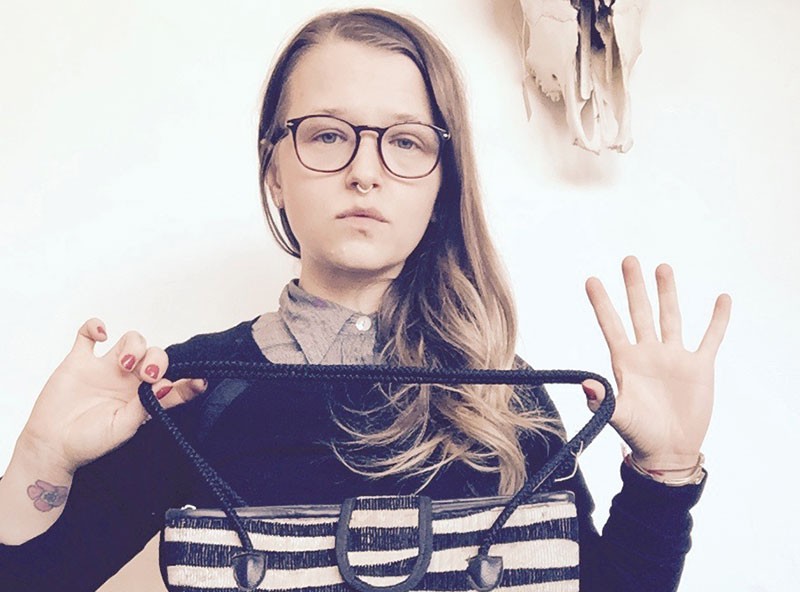 Sebastopol isn't short on cute clothing boutiques and chic dining spots, especially now that the Barlow shopping center is on the rise as a tourist attraction.

But those eclectic, artsy stores brimming with young energy and entrepreneurship, the type that made Portland, Ore., famous? Open less than a year, Kitty Hawk is pioneering the niche, with great success.

This isn't your average craft parlor. Located in a former dentist's building, the store has a sign out front that flatters passersby: "I think you're very attractive." Two feet away, handsome cutout figures of a man and a woman welcome the unassuming with their accurately illustrated features. Inside, customers are greeted by a big, fluffy dog and his petite owner, looking like a character out of Astrid Lindgren's Moomins. That would be Grace Levine, 26, artist and curator of unusual objects.

After Levine graduated from Chicago's School of the Art Institute in 2012, Levine's parents moved to California, and she followed. "I was presented with an opportunity to move to the place I've always wanted to end up or stay in the familiar," she says. "It was a difficult decision, but I made the leap."

Right after moving, Levine toyed with the idea of a pop-up exhibition of her work, and occasionally other artists', at a downstairs space in her parents' office space. "I was cleaning houses for primary income, and a gallery seemed unrealistic," she says.

When the lease was up, she threw a goodbye "anything goes" show, with more than 20 artists participating.

"Several people pulled me aside, smiling, and said, 'You need to do this, the town needs this,'" Levine says. "And I thought, 'Oh, maybe I should.'"

Now, Kitty Hawk is her full-time commitment. A labyrinth of tiny rooms, the shop displays Levine's own artwork along with gifts, home decor, clothes and art by designers she carefully picks.

"I noticed at the shows I was having at the old space that attendees loved to look through small artists' items for sale, and I was actually selling quite a bit," Levine says. "This triggered the idea to go beyond white, sterile walls and create a more versatile space."

"Everything in there is something I myself would own," Levine says. "I go to gift shows, I hunt for antiques, I meet with artists, and sometimes I'll get a prickly feeling and want to share that."

"The Art Institute gave me the freedom to say, 'Sure, you can paint a portrait, but maybe you could go deeper and get a little strange.'"

In November, Kitty Hawk hosted a solo exhibition by San Francisco artist Lindsay Stripling, and in January Levine plans a show featuring artists from around the country in which every piece will sell for $200. Her goal? "To exhibit local and global emerging artists," Levine says, "and bring an aesthetic to Sebastopol that perhaps isn't here."

When I ask Levine how the local art scene compares to Chicago, where she used to work at a gallery and exhibited some of her work, she praises the sense of community and the ability to make fruitful connections on the spot.

"I believe Chicago is more conceptual, contemporary—'Let's undo what we've learned,'" Levine says. "Locally, what I've noticed is the work tends to be based in realism, landscape, earth, spirituality and craft. This was unfamiliar to me, but I greatly appreciate it. I think both worlds need to be heard in the community."