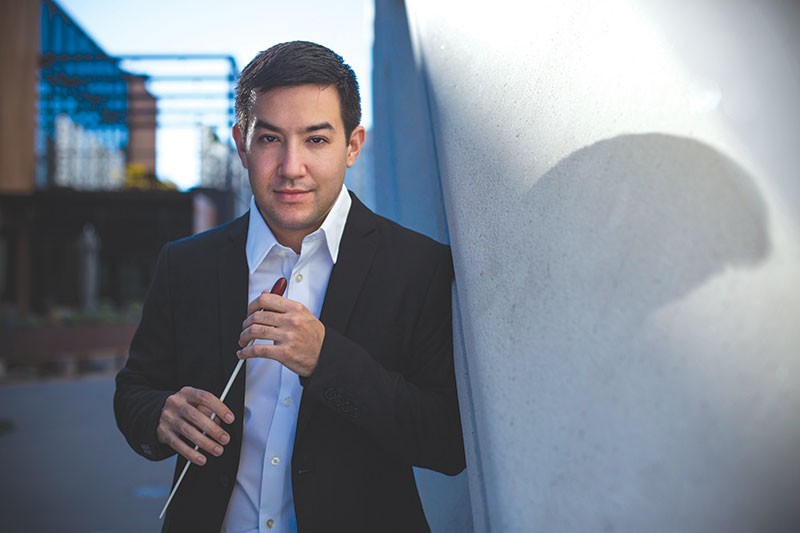 After 12 years on the conductor's podium, Bruno Ferrandis is stepping down as music director of the Santa Rosa Symphony at the end of the 2017–18 season.

"He's been an absolute joy to work with," says Santa Rosa Symphony president and CEO Alan Silow. "He felt it was time to explore new musical horizons back in Europe, where he is based, and give the orchestra a time to refresh and have a new artistic vision for this organization going forward."

Ferrandis gave the symphony an ample two-year notice of his intentions, and a 10-person committee that includes Silow, musicians and board members has searched the globe for his replacement.

From a list that originally topped 70 names, the committee has narrowed the candidates down to five, and each will have the chance to perform for local audiences in the symphony's 90th concert season, beginning Oct. 7 at the Green Music Center's Weill Hall.

"All five of these candidates are or have been musical directors of highly distinguished orchestras," Silow says. "I think that shows the stature that the Santa Rosa Symphony has acquired."

In addition to the technical aspects of conducting and leading an orchestra, the search committee is looking for a director who will engage audiences and the community at large, collaborate well with the orchestra and visiting soloists and create imaginative, diverse and challenging programs.

The candidates were involved in selecting their concert's program, with each concert featuring a solo pianist and containing classical, romantic and contemporary periods of music.

First up is Francesco Lecce-Chong. The San Francisco native, currently conducting at the Pittsburgh Symphony Orchestra and directing at the Eugene Symphony, will lead a program that includes Beethoven's Piano Concerto no. 3, Tchaikovsky's Fourth Symphony and a 2014 piece, "Garages of the Valley," by Grammy-nominated composer Mason Bates.

The other candidates are Mei-Ann Chen, music director emeritus at Memphis Symphony Orchestra and director at the Chicago Sinfonietta; Andrew Grams, former assistant conductor of the Cleveland Orchestra; Graeme Jenkins, former music director of the Dallas Opera; and Michael Christie, formerly of the Brooklyn Philharmonic and the Phoenix Symphony and currently at the Minnesota Opera.

The board will decide in March after taking input from audiences and musicians. "We're looking for somebody who has the 'it' factor," says Silow. "Somebody who brings the magic to the concert."