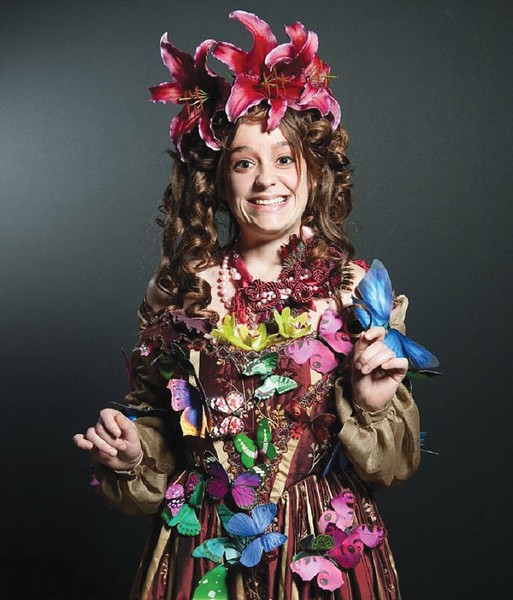 Of Shakespeare's numerous plays, none is as loved and adored as A Midsummer Night's Dream. The bard's bawdy little love story about hapless humans caught in the middle of an epic battle of the sexes in two clans of warring fairies is extremely well-known, and its primary characters have become household names: Puck the mischievous right-hand man of Oberon, king of the fairies; Titania, the fiery fairy queen who falls under a magic spell and chooses a donkey-eared oaf named Bottom as her mutant love slave.

Less familiar, though, mainly because they have very few lines, are the other fairies: Moth, Mustardseed, Cobweb and Peaseblossom, not to mention the even less remembered Fairy One and Fairy Two.

In Peaseblossom—Patrick Devon's goofy and gracefully outrageous spin on the themes from A Midsummer Night's Dream—all of those lesser known fairies finally get the spotlight, as Devon imagines the events of the play from the fairies' points of view. Peaseblossom, running through July 29 in Sebastopol's Ives Park, opens the annual Sebastopol Shakespeare Festival, taken over this year by Main Stage West theater.

Directed by Thomas Chapman (who published an early draft of the play under a pseudonym), this is a supremely silly endeavor, crafted to cater to an actor's most outlandish impulses. Indeed, one of the chief pleasures of Peaseblossom is the lunatic antics of its large and energetic cast.

As Peaseblossom, the resident peacemaker among the fairies, Paul Huberty is agile and elastic, mugging elegantly through the script, which essentially follows Shakespeare's story with a few supernatural subplots. As Titania and Oberon, Mary Gannon Graham and Eric Thompson are hilarious, and Bronwen Shears, as Titania's bodyguard Thistle (who's having a bit of a "thing" with Peaseblossom), is somehow both grounded and delightfully over-the-top. Allison Rae Baker, playing against type as the grumpy, sarcastic Mustardseed, is a wonder, matched in silliness by Lauryn Hochberg as the dotty Moth, David Yen as the slightly wise elder fairy Cobweb and Kelly Brandeberg as the lovestruck, sweetly scheming Dewdrop.

The costumes, courtesy of the Oregon Shakespeare Festival, are stunning, all color and whimsy.

Though the play itself feels a bit like a workshop production by being slightly overlong and a tad repetitious, Chapman's cast attacks the two-and-a-half hour enterprise with such delirious enthusiasm, sinking their collective teeth into the twisty-turny language, that Peaseblossom works, unleashing a storm of weird and wacky magic.