I'M DRIVING DOWN Napa's scenic Highway 29, past tasting rooms that look like castles. Coupled with cobblestone bridges and Medieval names—Pope, Church, Alpha and Omega—their wrought-iron balconies and pointed turrets seem intentionally reminiscent of feudal Europe. Everywhere, fall-colored vines stretch to the horizon in rows straight and narrow as the path to salvation.

Later that day, I'll meet with farmworker-turned-activist Hector Olvera, who says hourly wages to pick in these fields can get as low as $5.

Along with Santa Rosa–based lawyer David Grabill, Olvera founded Latinos Unidos del Valle de Napa, which advocates—and repeatedly goes to court—on issues of affordable housing for farmworkers; namely, that with roughly 1,100 units of low-income housing and 4,000 year-round farmworkers, there isn't enough of it.

This is the story of the state housing law that is supposed to address the needs of these farmworkers. It's the story of how this law is not only barely enforced, but is even, at times, bent to favor those who oppose it. It's the story of a system aimed at fixing things like regional inequity and in-commuting across the Bay Area, a system that, like the Napa landscape, isn't quite as benevolent as it seems.

LIKE MARIN, its costly, land-restricted sister county to the southwest, Napa has a commute problem. According to a report commissioned by the Napa Community Foundation, 31 percent of the county's native-born workforce and 39 percent of its immigrant workforce live outside Napa, which has a median monthly rent of $1,300 and home price of nearly $400,000. The study found that immigrants comprise 73 percent of all agricultural workers and contribute between $317 million and $1.07 billion to the county's overall gross domestic product. Meanwhile, it states, Latino immigrants commuting in make an average of about $20,000 a year.

If these workers paid Napa's median monthly rent, it would take up 78 percent of their income.

According to the state department of Housing and Community Development (HCD), this shouldn't be a problem. In 1969, the California department enacted housing element law, which mandates that local governments plan—and, more importantly, zone—for all economic segments of their community, even those with incomes too low to rent or purchase market-rate housing. Its reasoning includes public health and environmental issues from excessive in-commuting; jobs-housing imbalances that can occur in areas with high market-rate rents; and, ultimately, a desire to combat systemized discrimination, in which those with lower incomes are excluded from the wealthy regions where, in the case of Napa or Marin, they work. 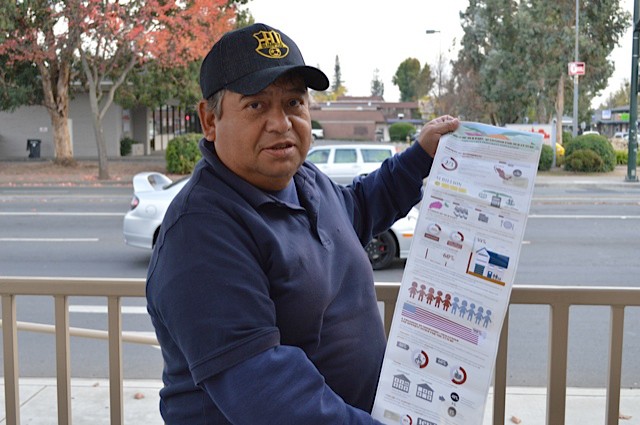 But there's a fiefdom-sized gap in the state's socially beneficent system. Although it requires local governments to submit housing elements that contain all their plans to zone for affordable housing, it doesn't require that any housing actually get built (such things, like independent expenditures, are the domain of the private market). And it doesn't exactly penalize local jurisdictions that don't cooperate. Between this state law created 43 years ago and Napa's low-income workforce today is a convoluted chain of agencies, officials and lawsuits—a chain that sometimes works against the very principles that housing element law was created to address.