Productions that didn't work in 2012 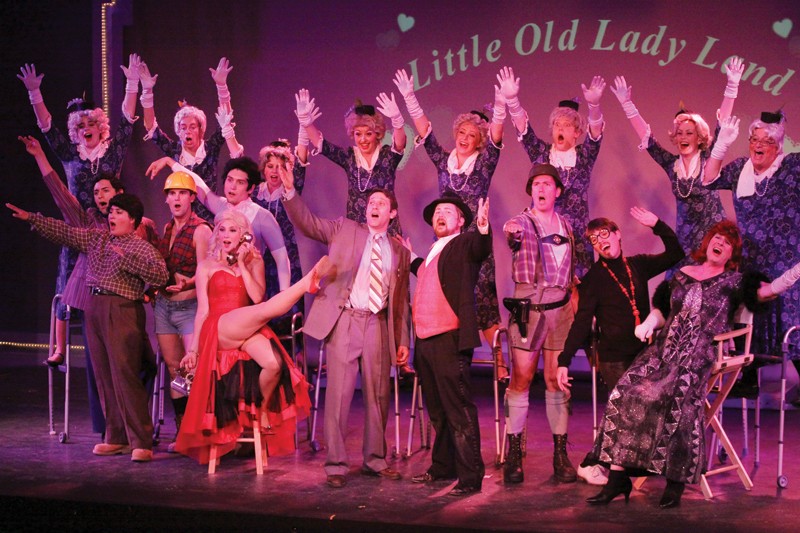 With nearly 18 years experience as an arts journalist, I am a critic who is not that hard to please. I merely require the pleasurable moments of a particular production to outnumber the painful ones, and in the theatrically rich North Bay, that's what happens in the majority of the work I see.

But even I am disappointed from time to time, often by those productions from which I anticipated more than I got. Here is a list of the four shows in 2012 that left me feeling there wasn't as much there as there might have been.

The Elephant Man, presented by Scott van der Horst's What a Show Productions, was billed as a literal adaptation of the legendary David Lynch film. A rather brilliant marketing campaign promised to deliver the same emotional jolt as the film, with makeup effects mirroring those employed by John Hurt as the severely deformed Victorian dreamer John Merrick. Be careful what you promise.

Though played beautifully by Peter Warden, supported by a game cast making the most of a difficult situation, the impact of Merrick's story—as told in the three-week production that ran in the studio theater at Spreckels Performing Arts Center—was pitted against some supremely clunky staging. Scenes (some of which lasted a mere 80 seconds, as in the film) were separated by set changes that sometimes took three or four noisy minutes to accomplish, with no sense of rhythm or pacing to make it up. What could have been marvelous ended up looking laughably amateur, and given what might have been, The Elephant Man ends up as my biggest disappointment of 2012.

Mel Brooks' The Producers, at Sixth Street Playhouse, suffered a similar, though less painful, fate. Energetically performed by a solid, funny cast, the tentative pacing of the show ultimately bogged the enterprise down, deflating what might have been a fast-paced romp into a turtle-speed slog.

Of all the shows that played in the North Bay this year, the one I wanted to like the most was Silver Spoon, a world premiere musical at Main Stage West, written by playwright Amy Merrill, with songs by activist-songwriter Si Kahn, whom I have long considered an American treasure. But the final result was wobbly and unfocused, and seemed more like a first-draft workshop than a polished world premiere. Thankfully, I did enjoy some of the songs.

Finally, Yasmina Reza's social satire God of Carnage won all kinds of awards on Broadway, but the uncomfortably unfunny Marin Theatre Company production was bafflingly free of laughs, making me wonder, for nearly 90 minutes, what all the fuss was about.

Next week: the best productions of 2012!