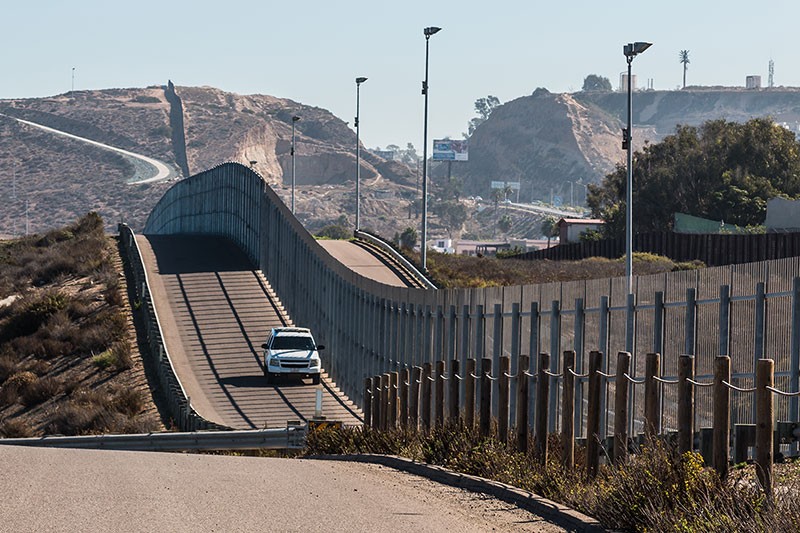 'People don't want to be deported," says Jonah Raskin. That seems like an obvious sentiment, but it's one that is increasingly becoming a battle cry in California and other states, as Trump's administration ramps up deportation efforts against undocumented Latino immigrants and their children.

"California is their home; they live here, have families here, work here. They feel like they're part of the fabric of the community," Raskin says. "There wouldn't be food on the table and wine to drink if Latinos weren't around. But more importantly, they're human beings. They're our fellow human beings."

Troubled by events of the last four months, Raskin, who has written over a dozen books and is a professor emeritus at Sonoma State University, recently completed his newest collection of poetry, titled No Walls Now: New Poems for the Trump Era (Culture Counter Press).

Made up of 17 poems written in the aftermath of the election, the book is both a political statement and a personal one.

"Poems are immediate and visceral," says Raskin, who is also a biographer, screenwriter, essayist, novelist and journalist. "Poems are overtly political, but they're also personal. I wanted to do both."

Born in 1942, Raskin's earliest memories include hearing about concentration camps in Europe and Japanese internment camps on the West Coast. He says the current state of events has wakened an unconscious body of memories.

No Walls Now opens with the poem "In the Dark Lake," in which Raskin's memories of bedtime stories and childhood nightmares resurface in the wake of "neo-Nazi headlines" and "history unleashed from its grave."

"The poems started out being responses to the media," he says. "They became poems that go back and forth between the present and memories of the past."

While a majority of the book deals with immigration and deportation, some poems touch on subjects like the looming environmental crisis poised to strike if the current administration continues to roll back the EPA. Others bristle with anxiety and dread over the rising American imperialism.

All of the poems are dated, offering the reader a day-by-day account of Raskin's emotional responses to major stories. "I wanted to capture one person's emotional, psychological response to what's going on, like a poetic diary," says Raskin.

No Walls Now at least ends on a note of hope, as the recent rains give way to swollen rivers, blooming flowers and "spring ready to sing its song again."

"Life goes on," says Raskin. "To stop would be defeat."