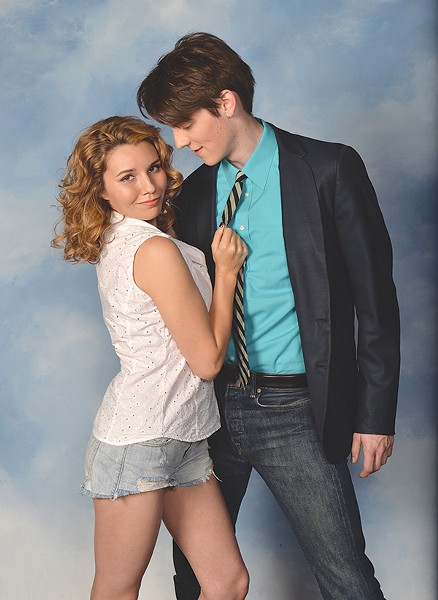 Spurred to action by the commitment of a reluctant but good-hearted newcomer, a band of young folks from a small town—some experienced dancers, others just learning how—all join forces to create something special for their community through the power of music, dance and sheer unbridled enthusiasm.

That's pretty much the plot of the thoroughly charming Footloose: The Musical. It's also a fairly accurate description of the delightfully energetic, if sometimes wobbly student production now running at Santa Rosa Junior College under the direction of Wendy Wisely.

Among the countless movie-to-stage adaptations we've seen in recent years, Footloose is easily among the best. Taking the best parts of the beloved Kevin Bacon drama, this adaptation refrains from overloading the story with a lot of extraneous plot and tone-deaf changes.

Especially clever is the musical score, blending a number of good if not great new tunes with some earworm favorites taken from the movie's iconic soundtrack. Songs that just played in the background of the film become full-on production numbers or love ballads here, assisted by clever choreography from Lara Branen and a tight onstage band.

Following a tragic accident that killed a group of teenagers on their way home from a dance, the tiny town of Bomont has voted to make dancing illegal. The tragedy has frozen the town in grief, especially for the local minister, the Rev. Shaw Moore (Nathaniel Mack, sensitively handling a tricky role), who shoulders the weight of the town's guilt, and is the strongest voice against dancing.

Into this pressure-cooker comes Ren (Erin Galloway), a reluctant transplant from Chicago, where his only respite from family troubles was dancing at local clubs.

Clearly, the scene is set for a clash of wills when Ren decides what the bursting-at-the-seams high school kids need is a big formal dance. As Ren, Galloway struggles with a few notes, but his spot-on charm, commitment to the role and infectious energy make him perfect as the outsider who helps a hurting community remember just how much fun it is to dance.