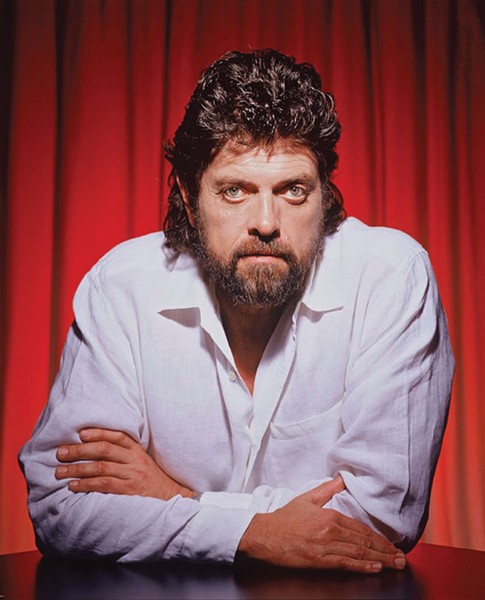 The great irony of the Alan Parsons Project lies in the fact that the ensemble's namesake can scarcely be heard on their initial recordings.

"I didn't do anything on the early albums in particular other than engineer and produce," the transplanted Englishman admits by phone from his home near Santa Barbara. "I occasionally sang a backing vocal or [played] a small guitar part, but I wasn't really part of the outfit."

As the Alan Parsons Project progressed, Parsons' musical participation increased gradually, but "the public at large had always thought I was the artist," he admits. "And in fact it was a subject of much laughter in the late '70s when I was nominated as the 13th best male vocalist in Cashbox magazine. And of course, I'd never sung a note."

Not that it mattered to listeners. Starting in 1976, the Project crafted a series of popular albums, distinguished by elegantly melodic songs organized around a loosely defined concept and a rotating cast of featured vocalists, all burnished to a high-gloss sonic sheen. Radio-friendly albums like I Robot, Eve and The Turn of a Friendly Card meshed with the rise of soft-rock FM, and spun off such AM hits as "Eye in the Sky" and "I Wouldn't Want to Be Like You."

Through all that, the Alan Parsons Project remained studio-bound.

"We didn't really have the mechanical requirements to play live" back then, he says. Plus, "it was questionable what I would actually do onstage," he laughs.

Still, for a 1994 "solo" album Try Anything Once, "we decided to assemble a band and see how it went," Parsons recalls. "I played a few keyboards and a little guitar and we had some really great musicians in the band playing their parts, and it worked. And we've been doing it ever since."

Parsons plays the Uptown Theatre in Napa on Feb. 24, and though he enjoys these occasional road trips, he sometimes wonders why he waits so long to begin them. "In some ways, I regret it," he muses, "because we could have possibly become a much bigger live act, possibly even a stadium act, if we'd started doing it earlier."

Despite his well-deserved reputation as an audio expert—known for his work behind the board with Al Stewart, Ambrosia and Pink Floyd's Dark Side of the Moon, he recently put out a triple DVD set, The Art and Science of Sound Recording—Parsons is firm that his concert performances are not electronically enhanced.

"The keyboards are important to recreate the orchestration," he elaborates. "But we don't cheat; it's all coming from the stage, it is a band playing, there's no obvious taped sound. There's the occasional rhythm track loop that we play to, but otherwise it's very real."