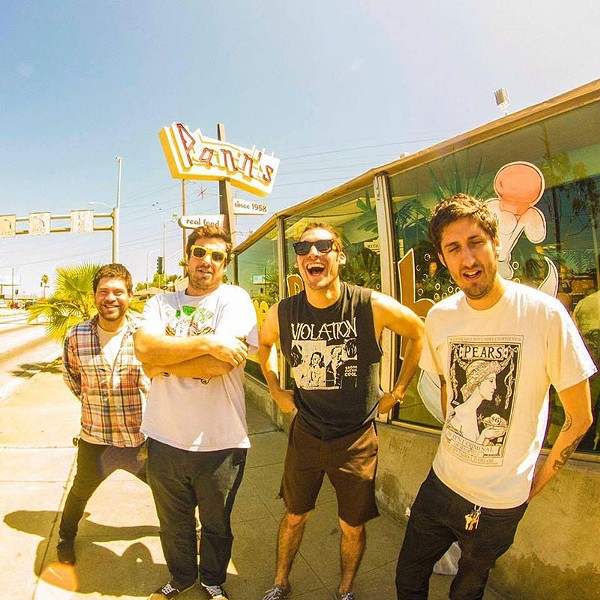 If all had gone according to plan, fun-loving punk band and Santa Rosa natives Decent Criminal would be celebrating the Oct. 13 release of their excellent new LP, Bloom, with a free show at the Last Record Store this weekend. Those plans changed last week when fires swept through the region.

"It's bittersweet to be releasing an album this week," says Tristan Martinez, frontman of Decent Criminal. "It was like, how could we put out a record and be excited when all our friends and families have lost their homes?' It's insane."

Though Martinez currently lives in Long Beach, his heart is still in Santa Rosa, and he has agonized over the last week while watching the disaster unfold from afar.

"We've been waiting for updates online, talking with my parents, trying to find out everything we can," says Martinez, whose parents live near Piner and Fulton roads in Santa Rosa, and were evacuated Oct. 9.

On Oct. 10, the band met to discuss their plan to play in Santa Rosa on Saturday, Oct. 21, which they ultimately cancelled. Then they came upon an idea to give back. "We felt like we wanted to do what we could as a band to raise funds and benefit victims," says Martinez.

The band spoke with their Milwaukee-based record label, Dodgeball Records, and offered the idea of a benefit compilation album. Dodgeball Records owner Chris Messer immediately agreed. The album, For Santa Rosa, is online now and all proceeds will go to relief for victims of the Tubbs fire.

"We put the word out [about the compilation], and had a lot of great responses from everybody wanting to be a part of it," says Martinez.

The compilation will also feature bands from across the country including Off With Their Heads, Smoking Popes, Boss' Daughter, Showoff and more.

Many of the tracks on the album are unreleased or yet-to-be-released, including Decent Criminal's track, "Rocks," which was recorded during the Bloom sessions. Incidentally, many of the tracks on Bloom were written at Manzanita Studios near Coffey Park in Santa Rosa. "A lot of us grew up in that neighborhood," says Martinez. "It's crazy to think that all the memories there are now just that—memories. It's so sad."