A shared vision of parenting becomes the new American standard 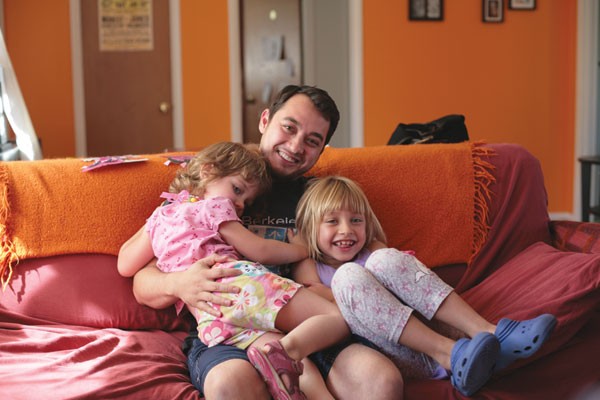 Ann Romney's speech at the 2012 Republican Convention might have been aimed at the hearts of women, but more than a few men were shocked to hear that they didn't care for their children quite as hard or as lovingly. "If you listen carefully, you'll hear the women sighing a little bit more than the men," Romney told the crowd. "It's how it is, isn't it? It's the moms who have always had to work a little harder to make everything right."

But some say the sighs are just as loud on either side of the gender line.

Mark Greene, a stay-at-home dad and blogger, asked in a post on the Good Man Project, "What century does Ann Romney live in? Two million dads are full-time parents too, and we know it can be an ass-whipping." Greene has a point. According to reports, the average mother still performs five times as many childcare duties than the average father, but it's also true that stay-at-home dads are on the rise.

Jeremy Adam Smith, author of The Daddy Shift, calls these men "pioneers who are quietly mapping new territory for all fathers." In 2011, an estimated 176,000 dads chose to stay home full-time, according to the United States Census, up from 159,000 in 2007, and this isn't counting those who work part-time from home and take care of the children.

Families in which parents can shift roles actually become more resilient, says Smith. If both parents are capable of working for pay and staying at home to focus on the domestic side of life, they have the flexibility to deal with injuries and job loss. "For our grandfather's generation, they thought that was off the table," says Smith, by phone from San Francisco. "His role as the father was breadwinner; no other role was possible. Now if a man finds himself out of work for whatever reason, it's generally accepted that a good father will step it up at home if the mother is working. We don't appreciate what a colossal shift that is."

Scott Morris, 36, of Santa Rosa, has been a stay-at-home dad since the birth of his first daughter seven years ago. At the time, his wife already had a successful career as a senior city planner, and Morris was finishing up school.

"It was a natural progression," says Morris, "just the way things worked out for us." Taking on the majority of the domestic duties in the household—mainly childcare and cleaning—came naturally, since his own father was a stay-at-home dad, says Morris.

Though the experience of fathering has brought a mix of exhaustion, isolation and joy, Morris says, "At this point, I can't think of doing anything that would be more rewarding than being with the kids."