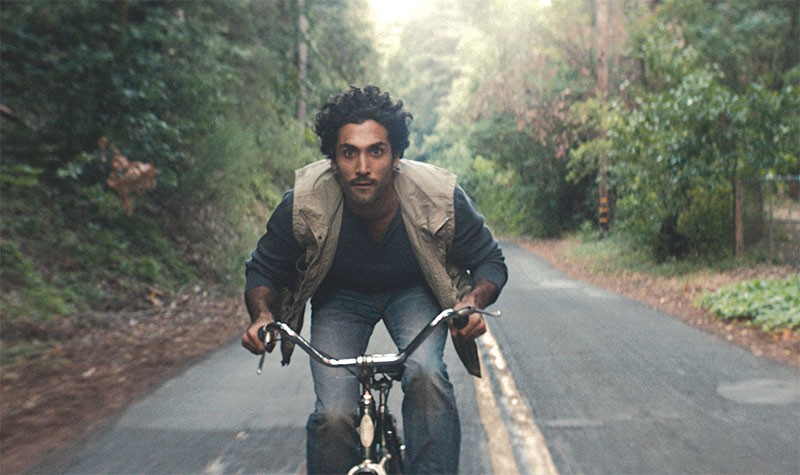 A wartime journalist and fixer exiled from Afghanistan, Osman (Dominic Rains) attempts to settle in a quiet Northern California town. But all is not as it seems in Burn Country, director Ian Olds' first feature-length narrative film, shot in and around the Russian River Valley last year.

Burn Country features James Franco and Melissa Leo, and boasts several recognizable locations in western Sonoma County, like the Rio Theater in Monte Rio, where the film enjoys a Sonoma County premiere on Dec. 3, with Olds and local members of the cast and crew in attendance.

Tense and taut, Burn Country is a meditative thriller that takes time-tested noir tactics and assembles them in the rural setting around Guerneville. Redwood trees eclipse the light and cast angled shadows, while coastal fog smokescreens the rolling hills.

Osman relocates to Northern California due to his work with an American journalist, who helped him escape the Taliban. He is staying with the journalist's mother (Leo), who also happens to be the sheriff. When Osman takes a job writing the police blotter, he inadvertently stumbles into a small-town underbelly of crime and collusion that doesn't take kindly to outsiders.

Though the film slows in the middle, and the secretive nature of the town's criminal element starts to frustrate, Rains, who won a best actor award at this year's Tribeca Film Festival for Burn Country (formerly known as The Fixer), gives a great performance as the passionate and inquisitive Osman, even as his own curiosity predictably gets the better of him.

For North Bay audiences, the film is loaded with local color. And beyond the recognizable sights and faces, Burn Country satisfies with sizzling intensity and keeps you guessing until the end.