Nostalgia Fest packs a punch of the past 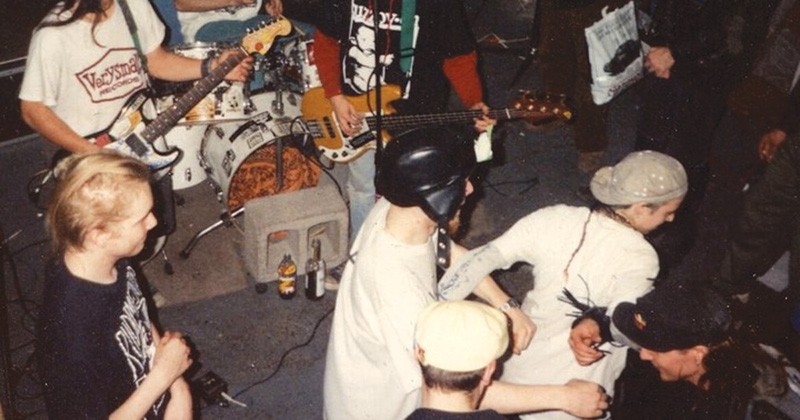 Milan Kundera called nostalgia "the suffering caused by an unappeased yearning to return." For generations of North Bay punk and indie bands and fans, that yearning will be appeased at Nostalgia Fest 2014, Dec. 20 at the Phoenix Theater in Petaluma.

A benefit for the venue, the show boasts a rare lineup of local punk bands Schlong, the Skirt Boys, Dr. Frank and Chomp Hard, with indie rockers the Librarians and Escape Engine/Fight Like Fight, and ska revivalists Slow Gherkin filling out the bill. We asked some of the artists to wax nostalgic and share their musical memories of the North Bay.

James Rickman (Slow Gherkin) I remember way more awesome bands than I thought could come out of a cluster of sleepy towns: the Conspiracy, Blind Spot, Kid Dynamo, Adjective Noun! Remember those mad bastards? Jesse Wickman. Caitlin Love. Logan Whitehurst. And the Velvet Teen, who played in Brooklyn this year to a packed room full of people who loved them as much as I do. Most of all, I remember the Phoenix, epic and intimate all at once. A nook for every mood—the quarter pipe, the shady balcony, the backstage room. I can almost smell it right now, and I can't believe we get to go back.

Ash Scheiding (Escape Engine/Fight Like Fight) Mostly, I recall the awesome community we all had in Sonoma County throughout the 2000s. We had a giant group of prolific friends, and we inspired each other. Musicians and supporters collaborated on each other's recordings and helped each other record albums, made merch and album art together, provided resources for each other's shows and tours. Our musical idols were other independent artists that we could actually contact, befriend and play shows with. That was super-rad and still sometimes blows my mind.

Damon Larson (the Librarians) Although most of the Librarians lived in Oakland and thereabouts, we were really proud of being welcomed into the North Bay indie scene. We loved the way the bands and fans stuck together. You had institutions like Section M magazine and Pandacide Records helping make the scene what it was and giving the bands some visibility. We played more North Bay shows than we can remember, many of our favorites at the Phoenix Theater.

One night playing there, our frontman Ryan decided to invite the crowd up onto the stage with us. If you know the size of the stage at the Phoenix, you'll understand the chaos this might cause. It was pretty insane having 50 fans jumping around us, singing into the mics, bumping into our instruments. We couldn't hear what we were doing and I doubt we hit any of the notes, but it ranks up there with my all-time favorite live-performance experiences.