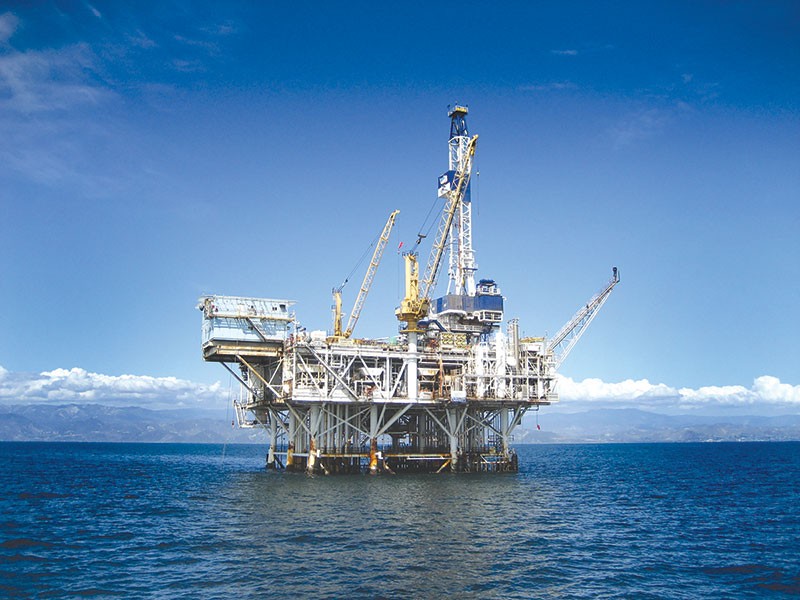 Last week, Lt. Gov. Gavin Newsom was one of numerous elected officials from around the nation to tee off on U.S. Interior Secretary Ryan Zinke for his decision to exempt offshore drilling in the vacation state of Florida while failing to do the same for blue states such as California with big tourist economies of their own.

The move by Zinke highlighted a federal energy policy under President Donald Trump to open offshore drilling, but only if it doesn't interfere with Trump's ocean view from Mar-a-Lago.

Newsom zeroed-in his critique, via a few pointed tweets directed at Zinke, over the secretary's rationale for giving Florida a pass from fulfilling the Trump administration's offshore-drilling plans as detailed in a report released this month from the Bureau of Ocean Energy Management (BOEM), which operates under the aegis of the Department of the Interior.

Newsom noted that Zinke cited the impact on the state's tourism industry as the signal driver behind his decision to keep the drilling rigs from view of tourists. Zinke did not, however, extend the same courtesy to other states with a robust tourist economy: Oregon, New York, Virginia and, of course, California.

Newsom had the numbers on hand to make his point. Florida, he noted in a series of tweets directed at Zinke, had 113 million visitors in 2016, while California had 269 million statewide visitor trips. Tourists in Florida spent $109 billion; in California, they spent $126.3 billion.

"Using this logic," tweeted Newsom, "CA's coast should be declared free of offshore drilling as well. Or do blue states not get exemptions?"

So far, they do not, and Newsom was unavailable for further comment on the matter. The BOEM document, the 2019-2024 proposed draft for the National Outer Continental Oil Shelf and Gas Leasing Program (the OCS, for short), sets out a Trump-approved schedule for renewed offshore drilling from the North Atlantic around the bend of the Gulf of Mexico, and up to Northern California and the Pacific Northwest.

The idea is that this time around, improvements in oil-exploration technology may yield something other than mud. The problem is those improvements are causing grave concern among opponents—a concern now met with outrage over the Zinke duplicity in Florida.

The advent of offshore fracking, which would be allowed by the Trump administration's plan, "only heightens those risks," she says. That process involves blasting a high-pressure water-and-chemical stew into the ocean floor, which cracks rocks and exposes oil or gas fields.

"The high pressures used in offshore fracking increase the risk of well failure and oil spills."

Then there's the back end, says Monsell. Federal rules allow petrochemical companies to "dump their waste fluids, including fracking chemicals, into the ocean," she says. "Scientists have identified some commonly used fracking chemicals to be among the most toxic in the world to aquatic life."

Her organization is pushing to end all offshore drilling and vows to fight the Trump move in court. "We need to transition away from this dirty, dangerous practice and toward a clean-energy future."

The Coastal Commission and State Lands Commission would be responsible for implementing federally approved coastal-management programs through the issuance of permits. In its comments to the BOEM, the Coastal Commission says it is "steadfastly opposed to any new leasing in 'frontier' areas of the OCS." New drilling activities would mean new drilling platforms, pipelines "and other infrastructure that would likely cause significant adverse effects on coastal resources."

The commission cites impacts to commercial fishing, tourism, marine wildlife and wetlands, and says that "expanded use of fracking and other well-stimulation treatments increases the risk of an oil spill occurring and potentially causing devastating statewide environmental impacts."

California Attorney General Xavier Becerra noted in the BOEM report that oil companies were not exactly clamoring to pursue new exploratory wells in California waters even if there's general support in the industry to undo the Obama no-drill push.

The Shell Oil Company, for example, urged Zinke in the BOEM report to "make new OCS areas available to assess the extent of United States energy resources," as it expressed disappointment in Obama for banning offshore drilling and urged Trump to "quickly replace the current national OCS program and grant access to new areas." Shell has numerous leases in Southern California waters. So do the Koch brothers.

Meanwhile, Chevron U.S.A., which operates an oil-and-gas refinery operation in Richmond, was less gushing in its embrace of the new drilling timetables in the BOEM report. It appears Chevron is not interested in Central or Northern California. In its comments to the BOEM, the company did say the federal government "should move expeditiously to open unavailable submerged lands with believed resource potential for exploration and development."

"Chevron encourages expansion of domestic and global energy production, including development of energy resources on federal lands onshore and offshore," says Veronica Flores-Paniagua, a spokeswoman for Chevron North America. "Our U.S. offshore priorities are continued exploration in the Gulf of Mexico deepwater, and to better understand the potential of the Atlantic waters off the East Coast."

As it set out to reopen offshore drilling, the BOEM also heard from Florida's Department of State and other of its agencies engaged in wildlife conservation. NASA also chimed in with concerns about offshore rigs' affecting future space missions. Florida is led by Republican Gov. Rick Scott, who supported Donald Trump for president in 2016, as did the state as a whole. The president spends significant time in Florida, playing golf at the oceanfront Mar-a-Lago.

Zinke's Florida flip-flop, says Monsell, "clearly shows the total incompetence of this administration. One day it's in the plan and a few days later it's out? That's not at all how the process is supposed to work."

She notes that the federal Outer Continental Shelf Lands Act, enacted in 1953, "requires the administration to consider several specific factors in developing an offshore oil and gas leasing plan in light of national energy needs and the risks of offshore drilling."

"Helping Republicans to win elections," she adds, "certainly isn't one of those factors."